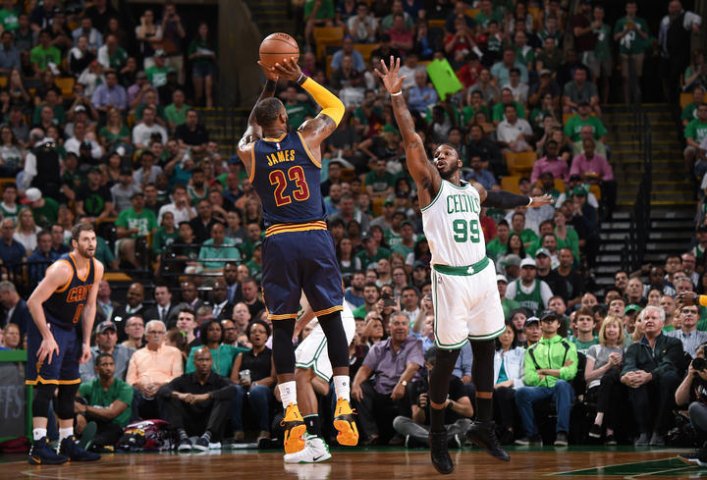 The Celtics got utterly embarrassed by the Cavs and went down 0-2 in the series after being beaten 130-86. It was their worst loss at home in franchise history.

Just a brutal game. I don't know if there was a single bright spot or positive thing to be taken from the Celtics' disastrous loss. Therefore, I will be placing some uplifting pictures throughout the recap to help remind you of the bright future ahead of us.

Much like Game 1, Cleveland came out of the gates strong and had their way against the Celtics. Boston missed their first six shots, and couldn't hit water if they fell out of a boat. If it weren't for Gerald Green's two consecutive corner threes, Boston's 6-21 shooting and 18 points in the first quarter would've looked even worse:

Gerald Green ignites the crowd with back to back treys! pic.twitter.com/UeYpBX4l9F
— Boston Celtics (@celtics) May 20, 2017

Soon after, the Cavs stuffed the ball down Boston's throat. They went on a quick 10-0 run by knocking down open shots, pushing it in transition, and completely locking down the Celtics on defense.

Again, this was largely due to Boston's piss-poor shooting. Cleveland may have played great defense, but even the wide open shots weren't falling for the C's. Other than Green, every Celtic starter missed their first two shots of the game and combined for just 1-11 to start:

The "non-Geralds" went on to be 1-13 until Avery Bradley finally started to knock down some shots. Still, though, the Cavaliers picked away at the Celtics' defense and got anything they wanted. They took a 14-point lead into the second quarter:

Gerald Green entered the starting lineup tonight and canned two 3s during the 1Q, but Cleveland leads the Celtics 32-18 heading into the 2Q.
— Boston Celtics (@celtics) May 20, 2017 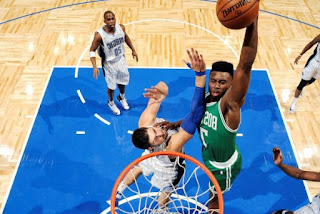 If you thought that was bad, the misery for Celtics fans was only just beginning. LeBron James once again orchestrated an overall domination on the court through the second quarter and Boston could do absolutely nothing about it.

There's not much to analyze other than that, to be honest. Halfway through the second, LeBron had scored or assisted on 28 of the Cavs' 50 points. Meanwhile, Boston was sitting on just 22 points. The Cavs used a 57-19 run marathon to embarrass the Celtics and build a 41 point lead at the half. FORTY. ONE. POINTS... AT THE HALF. This was the largest lead (or deficit, in our case) at halftime in NBA Playoff history. Just wow.

Isaiah Thomas (0-6) and Al Horford (0-4) were held without a field goal and only combined for two first-half points. Meanwhile, Kyrie Irving and Kevin Love had a combined 32 points, while LeBron had 22 of his own. To make matters even worse, Isaiah was seen limping towards the end of the half and he did not return due to a right hip strain.

We really need some uplifting after this, so just a little friendly reminder: 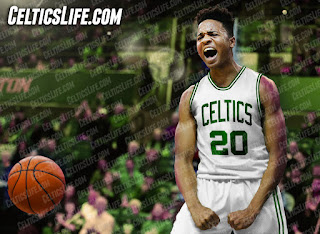 For those brave souls who are still reading, it was much of the same in the third quarter. For whatever reason, coach Ty Lue kept his starters on the floor for more than 10 minutes before bringing out the second-unit. LeBron and Kyrie knocked down more tough shots and crept even closer to a 50-point lead:

Horford and Bradley got some insignificant points on the board before being removed for the night. That duo led the Isaiah-less Celtics to 26 points in the quarter, five points shy of their halftime total, despite giving up 31 to Cleveland. For those counting, the Celtics' deficit was increased to 46: 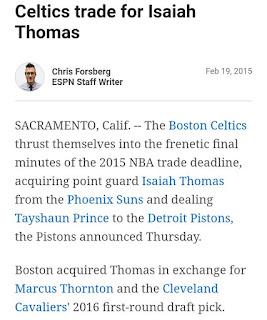 Ok, onto the fourth quarter. This one wasn't quite as painful but that may only have been because we knew the torturous display was nearing an end. Oh, yea, and cause LeBron was actually sitting on the bench for once. Although it was virtually an irrelevant 12 minutes of basketball, Boston's youngsters gave TD Garden a couple of things to cheer for. Getting to see Jaylen Brown be the go-to guy was somewhat uplifting. The rookie led the team in scoring with 19 points and looked really good overall. The Celtics went on to win the quarter by two points! How about that!

Cleveland's 130 points was a franchise record. There were probably other records set, but my god do I want nothing to do with them. We're onto Game 3, which will be played on Sunday in Cleveland.