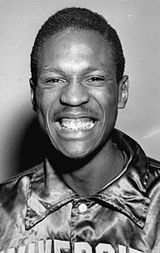 
Sometimes you have to lose first in order to be able to win – even if your name is Bill Russell.

Hardly the notion that pops to mind first – if at all – at the mention of the name of the eleven-time NBA titlist. Indeed, Bill’s 1956 arrival in Boston, along with fellow rookie Tommy Heinsohn, paid off in immediate success.

Russell’s coaching “game” would, however, require a season of fine-tuning before attaining championship caliber.

When the 32-year-old Russell added on Red Auerbach’s bench duties in 1966, he became the 34th man to wear both “hats” during the league’s 20 year existence. Six more would follow – the last our own Dave Cowens, a bit of Auerbachian desperation in the disastrous final pre-Bird season.

Such multi-tasking – at all organizational levels – was quite common in the formative years. Two of the league’s first five champions were coached by the owner – Philly’s Eddie Gottlieb in 1947 and Les Harrison’s Rochester Royals four seasons later.

Technically, Bill Russell is the only player-coach to win an NBA title. In actuality, player-coach Buddy Jeannette led the Baltimore Bullets past Gottlieb’s defending champion Warriors in the 1948 Finals … but the league was still known as the Basketball Association of America at the time. (Curiously, a back-up guard on those champion Bullets is the guy who would end up losing more games than anyone else in the history of the sport. Herm “Red” Klotz would subsequently make a career fronting the Washington Generals and “playing straight” for the Globetrotters.)


Hawks owner Ben Kerner, Auerbach’s final boss before joining the Celtics, was the Grand Poo-bah of the player-coach, utilizing nine different guys in that role. His 1957 NBA Finalists played for three of them – Red Holzman (who’d hung up his high-tops by then), Slater Martin and Alex Hannum. A reluctant Martin (who would later coach in the ABA) seemed over-burdened by the double duty and after only eight games convinced Kerner to appoint Hannum, who wasn’t logging a lot of minutes as back-up to Bob Petit (who himself would be Kerner’s “p-c” in no time). A jersey number hangs from the Boston Garden rafters in honor of one of Ben Kerner’s player-coaches – and “Easy Ed” Macauley played for all those St. Louis coaches in ’57.

Here’s a weird irony about NBA player-coaches. There’s only one who’s in the Hall of Fame as both a player and coach. And though he played eight seasons for Kerner’s St. Louis Hawks, Lenny Wilkens never coached that team. 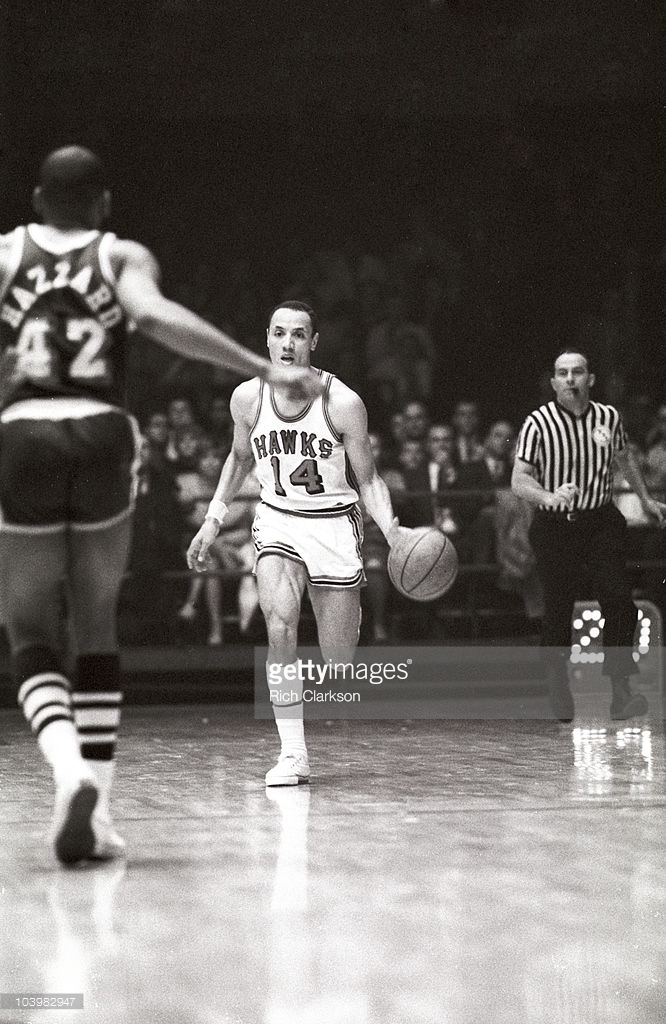 The promotion of Bill Russell to Head Coach of the Boston Celtics was as logistically inevitable as it was socially stunning. Auerbach had been eye-balling his departure from the bench for a while, leaning towards quitting after the 1965 playoffs – can you imagine if Hondo’s historic heist had happened with Red’s career hanging in the balance?

Alas, Walter Brown’s untimely passing in the late summer of 1964 changed everything. For the following season Red, along with Lou Pieri and Marjorie Brown, shouldered the additional duty of finding a suitable owner – a task that would burden Mr. Auerbach for decades. He announced his decision to give up his coaching duties – brashly giving the league one final shot at him – in the summer of 1965.

Auerbach’s search for a replacement was largely in-house. Frank Ramsey’s multiple business ventures back home in Kentucky precluded his making the long-term commitment Red craved. Heinsohn begged off, uncertain of his capability of coaching Russell. Bob Cousy, who held the Boston College job at the time, would later express similar misgivings at the idea of being Russell’s coach. 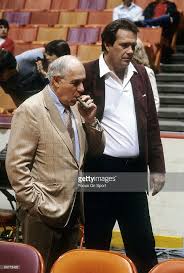 At the conclusion of the regular season, Red briefly considered approaching Hannum, but Big Bill’s uneasiness dissuaded him. Lurking somewhere in the shadows at that time was a cat named Chuck Daly who would soon replace the Cooz in Chestnut Hill before later hooking up with some Bad Boys. So too were former players like Jim Loscutoff and Bob Brannum, each of whom was or would become a long-time local college coach.

Heinsohn has long claimed that he first suggested Red give the job to Russell, that no one else would be able to get out of him the kind of performance he would demand of himself.

The Hall of Fame coach-to-be hit the nail on the head. As much as he was looking for someone to handle the actual coaching duties, Auerbach needed someone who wouldn’t disrupt the special quality – let’s call it the “edge” – the Big Guy brought to the team.


To be continued … see ya tomorrow.


Russell image: The Sporting News
Klotz image: SJ magazine
Background: The Rivalry, by John Taylor
Background: Red Auerbach: On and Off the Court, by Red Auerbach and Joe Fitzgerald