Sustained Excellence: The recruitment of the intangible 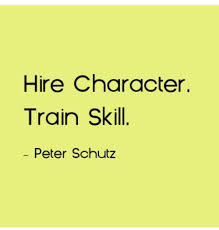 
On the first Friday of April in 1966, a frustrated contingent of Cincinnati Royals trudged off an NBA court for the final time that season, the court being the old Boston Garden’s hallowed and haunted parquet. For the second time in four years, Oscar Robertson and crew had squandered a two-games-to-one playoff advantage over Red Auerbach’s defending (and repeating) champions.

Of the 14 players who suited up for Coach Jack McMahon’s Royals that campaign, half of them had played their college ball in the state of Ohio (five at the University of Cincinnati). One of the homeboys, a native of Springfield and graduate of Miami University, was taking his final leave of that 94’ by 50’ workplace, having decided the time had come to utilize that college degree in the business world. He’d just turned 29 and had a job lined up that would pay him more than he was making playing pro ball. (His numbers had slipped some that season, and he’d not been selected for the 1966 All-Star team for the first time in six years.)

This burly post-man out of Tecumseh High School in New Carlisle had missed no games that season, but had seen some of his minutes rendered to younger players like Connie Dierking … and he’d simply grown weary of being viewed as the weak link in a star-studded line-up.

As was and remained his habit, the new soft drink executive traveled to Kutsher’s Resort later that summer for the annual Maurice Stokes Game. This savvy yet sentimental man – historic, too, as he was destined to become professional sports’ first African American General Manager – had never had the honor of calling “Big Mo” a teammate. Rather, he’d borne the responsibility, as a rookie, of taking the stricken Double-Double Machine’s spot in the line-up. Hall of Famer Jack Twyman and his family have been duly lauded for their tireless, loving care of Stokes. Indeed, the Royals to a man, old and new, rallied in support of the NBA’s 1956 Rookie of the Year.

The new retiree’s “playing” that summer up in the Catskills was limited to the golf course, where he happened to share a few holes with Bill Russell, who’d been appointed Auerbach’s successor as coach of the Celtics just a couple of weeks after that fateful April Friday where we started all this.

Betwixt and between the friendly wager and inevitable trash talk of the links, Coach Bill casually suggested to his former rival that he temporarily forego his career plan and come work for/with him in Beantown. In truth, there was nothing casual in Russell’s “pitching” that day – Red, as much a summer fixture in the Catskills as any Kutsher, was awaiting them in the clubhouse.

While genuinely flattered – what baller wouldn’t be, huh? – this recruit needed some time to think it over. But Auerbach kept after him to the point where they got to talkin’ money. When his second offer was still met with skepticism, the wily GM added, “Wayne, you play for us, you get a championship ring. You’re not going to get that anywhere else.”

In Mr. Embry’s own words, “Red had hit the right button with me, and I agreed to go to Boston. Red worked a deal with Cincinnati to get my rights, and I was on my way to Boston.”

Oh, I almost forgot … that first Friday of April in 1966 when Wayne Embry believed he’d played his last NBA game? It was April Fool’s Day.

A hitherto unknown bit of old NBA trivia is that long-time zebra Mendy Rudolph’s uninterrupted reign as the circuit’s best dancer endured even longer than Auerbach’s dynasty.
Here’s his version of the Hucklebuck.