Sustained Excellence: 1967 NBA All Star Game – Close but no cigar! 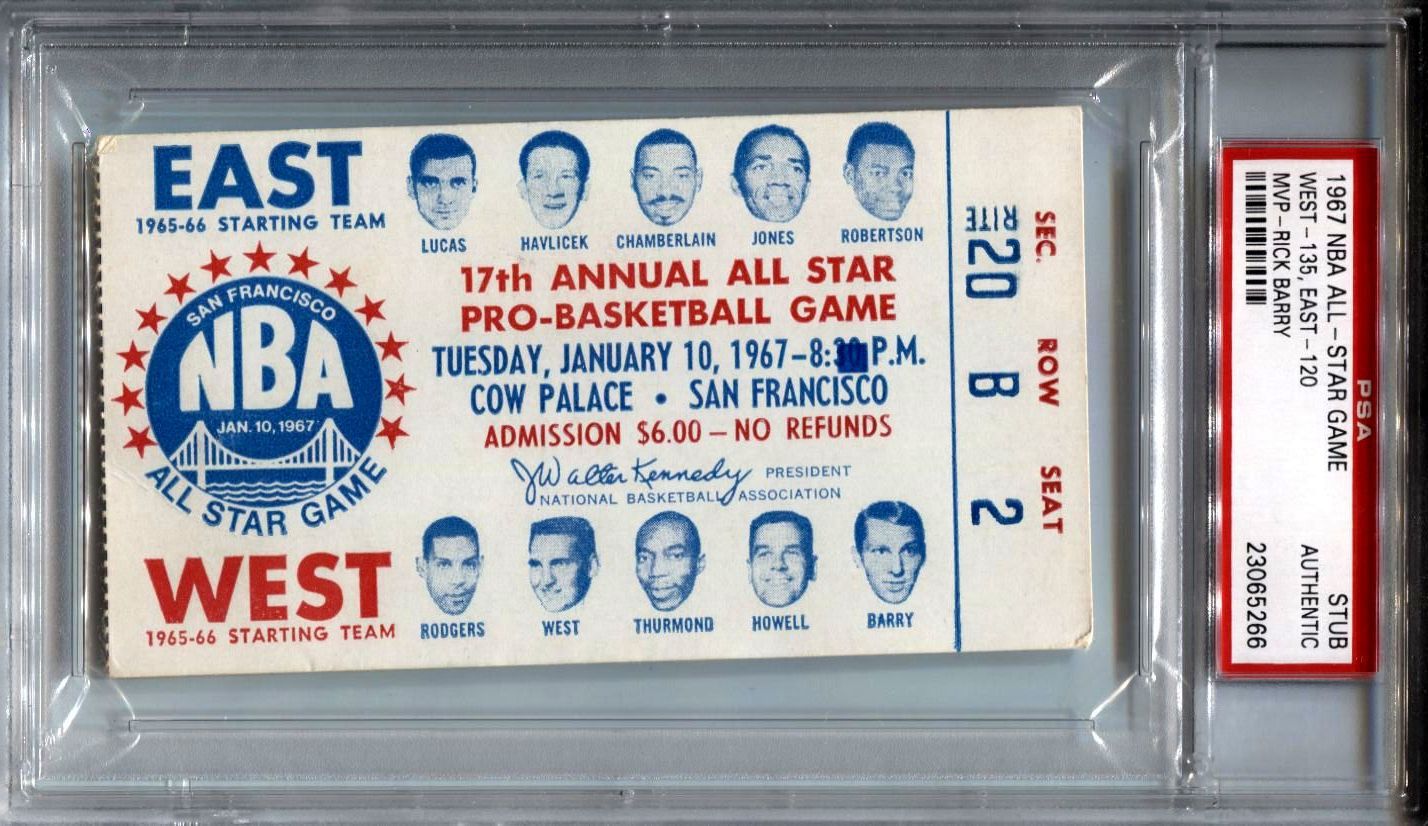 
Savvy Red Auerbach scooped up the services of 13-time All-Star John Havlicek with the final pick in the first round of the 1962 NBA College Draft. Had Hondo not been passed up by every team in the league – the Cincinnati Royals exercised their “territorial” rights on Ohio State teammate Jerry Lucas – Auerbach and Walter Brown had their eye on a rugged 6’7” forward out of Bradley University named Chet Walker.


Ironically, both those future Hall of Famers, along with Lucas and a fella by the name of Russell, were reserves on the 1967 Eastern Division All-Star team which was led into battle – for a while anyway – by Arnold Auerbach in his final official NBA coaching assignment.

San Francisco’s Cow Palace played host to the league’s 17th annual All Star Game on Tuesday, January 10. Red and the Eastern Elite were riding a four-year winning streak which they were highly favored to extend – seven of their number would merit inclusion among the NBA’s All-time Top Fifty.

But a West squad, which itself included five members of that same Top 50 Club, had other ideas. The friendly confines and rims of their home turf spurred Warrior teammates Rick Barry and Nate Thurmond to a combined 23 opening quarter points. Then a dead-eye, eight-for-nine second quarter shooting spree by Detroit Piston player-coach Dave DeBusschere put the East in a 77-67 halftime hole from which it would never really emerge.

Barry’s 38 points copped him MVP honors in the 135-120 victory, but Thurmond’s 16 point, 18 rebound effort against Wilt and Russ (yes, they played together briefly) drew the most raves. (Big Nate’s back-up that day was LA’s Darrall Imhoff, a fine college player in his day but journeyman pro who’d be essentially a throw-in when the Lakers dealt for Chamberlain a year and a half later.)

Curiously, the expansion Chicago Bulls were represented by their backcourt of old vet Guy Rodgers and a scrappy Midwest kid (who would have made a helluva Celtic) named Jerry Sloan.

The game’s final 20 minutes or so were conducted without the presence of Coach Auerbach, who drew a second technical foul – yes, in an ASG – early in the second half.

The official who holds the dubious distinction of this truly unique ejection, Willie Smith, had been with the league since 1959 and was working his second All-Star Game. He’d been on the floor the night in Hershey when Wilt went for 100.

Smith and his partner for the evening, Earl Strom, had worked together at the Garden just 30 days prior when the Celts had fended off Philly 117-103.

Now, Strom’s name pops up regularly in the inconsistent officiating documentation from that era. Indeed, Ol’ Earl would work Games 2 and 3 of the Eastern Division Final later that spring.

Perhaps Commissioner J. Walter Kennedy just thought it would be best to keep Willie out of Beantown …

… but I’ve been able to uncover no evidence to suggest that Willie Smith ever called another NBA game again. (This directory of NBA officials indicates that his career did indeed end in 1967.)

The NBA’s initial All-Star Game was held on the first Friday in March of 1951, just two weeks before the end of the season. Several teams were scheduled for games on both Thursday and Saturday.

The honor of officiating that contest fell to Pat Kennedy and Charley Eckman.

Kennedy, who’d briefly coached the Harlem Globetrotters, had been reffing since the late ’20’s and was inducted into the Naismith Hall of Fame with its inaugural class in 1959.

For his part, Eckman became the coach of the Fort Wayne Pistons four seasons later, leading his team to the NBA Finals in each of his first two seasons.

Charley Eckman’s is but one of the Tall Tales to be found in Terry Pluto’s old tome of the same name.