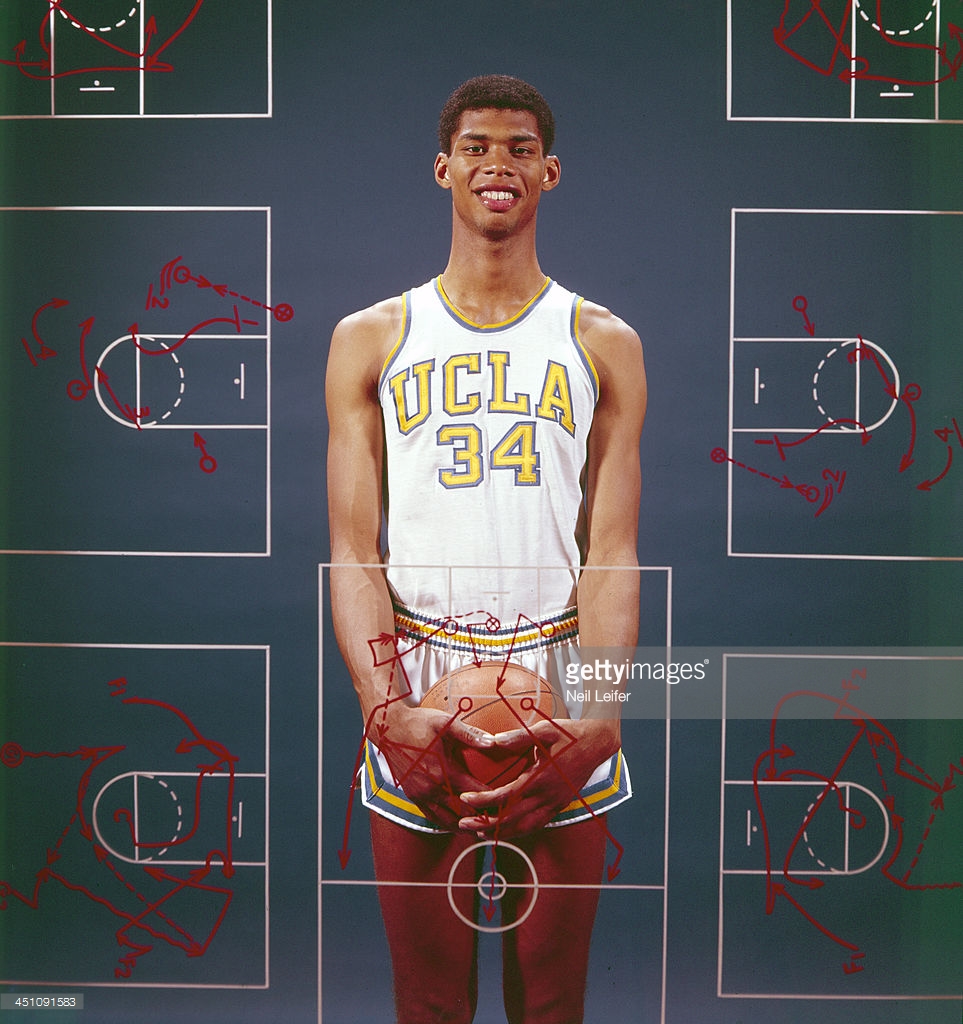 “Wilt [Chamberlain] had a strong desire to be the world’s greatest athlete.”

That’s not just Abacus speculation, but the opinion of George L. Brown, Wilt’s friend and confidant through the years dating back to his college days at Kansas. (It’s amazing when one thinks about the circle of associates with whom even a young Wilt was able so easily to mingle.)

Chamberlain was a world-class track star, dabbled with the notion of challenging Muhammad Ali for the heavyweight championship, and probably enjoyed playing volleyball (especially the beach variety) more than any other sport. (How Wilt and Vince McMahon never managed to do any mutual business is truly puzzling.)

That “beach life” to which Wilt was so attracted is likely to have facilitated his greatest physical accomplishment. About a thousand books celebrate Willis Reed’s remarkable heroics in the 1970 NBA Finals against Chamberlain’s Lakers. Few recall Wilt’s early-November knee injury, subsequent major surgery (no lasers, ladies and gents), and unprecedented rehab and recovery.

Wilt went down Friday, Nov. 7, 1969; he returned to the court 131 days later (Wednesday, March 18), scoring 15 points against Coach Tom Heinsohn’s initial Celtic squad. (Boston’s post tandem of Hank Finkel and Richie Johnson combined for 35 points that night. I wonder if this is the “Finkel” game to which the “flip”-pant coach was referring at the close of his 2015 HOF speech?) 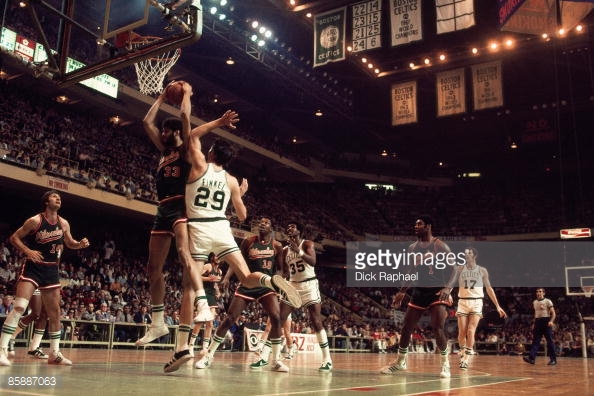 The 33-year-old Chamberlain went on to provide full-time quality work for the final two regular-season games and all 18 Laker playoff tilts – but Nobody Roots for Goliath, right?

Wilton Norman Chamberlain (his ’66-67 Wally Jones-provided team nickname was “Norm”) utilized the NBA stage to the fullest in his quest for the next challenge and further achievement – 50 points per game, 100 points in a game, 55 rebounds in another. He’d lead the league in assists once.

Despite his high volume of shots, Wilt was always among the game’s most accurate shooters. Through his first seven seasons, he’d posted the circuit’s top FG% four times and been runner-up twice. Chamberlain had established a new standard for FG shooting at .540 during the ’65-66 campaign. 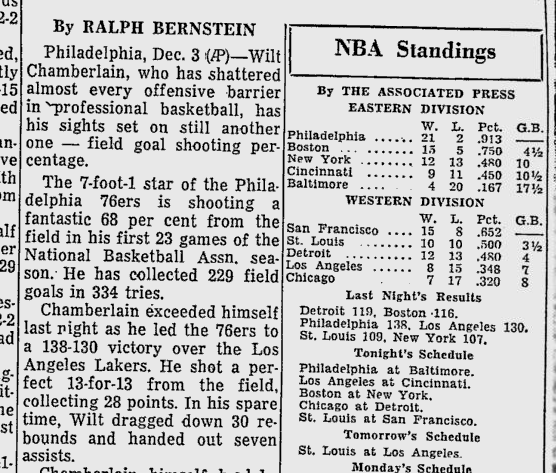 But the Big Dipper seemed to reach the point the following season when he was offended by any misses at all. Take, for example, the night of Saturday, Dec. 3, 1966, in Baltimore. The Bullets were a team in disarray, had fashioned an unimpressive 4-20 record, and would be playing their very next game for their third coach of the season. Yet they took a 62-57 lead into the locker room at halftime against the league’s champions-to-be.

Chamberlain had taken but two shots in that first half, making both. He missed his first second-half attempt, an easy layup, but quickly grabbed and dunked the rebound. This came in the midst of an 18-4 Sixer run that spurred a 137-120 victory.

That “easy layup” was Wilt’s first miss in almost seven quarters of play. He didn’t miss any of the seven subsequent shots he took that night. The night before in Philly against the Lakers (for the Finkel fans, ol’ Hank tallied a point before fouling out), Wilt had matched his uniform number, going 13 for 13 from the field. Toss in Wilt’s last three shots at Detroit Wednesday (which he’d, of course, tossed in), and he’d made 18 field goals in a row and 26 out of his last 27. 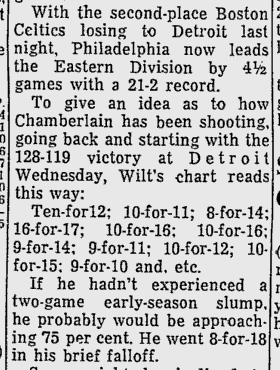 But during this stretch of accuracy that caught Associated Press man Ralph Bernstein’s eye, Wilt was lofting fewer than 12 shots per game. For the season, he’d average just over 14 shots per games and reduce his attempts by more than 800 from his record-setting performance of the year before.

Here’s some simple but perhaps Revealing Aba-calculation for you:

During the final seven seasons and 502 regular-season games of Wilt Chamberlain’s NBA career, he attempted a total of 6,429 field goals, an average of 12.8 per game. While leading the league in FG% five more times, he was successful on 3,964 of them for a shooting percentage of – brace yourself, Bostonians – .617.

Maybe Wilt was trying to be a comedian, too, my man.

The day after Wilt laid a perfect shooting game on some of his soon-to-be teammates, his soon-to-be professional home was bearing witness to the varsity basketball debut of UCLA super sophomore Lew Alcindor against crosstown rival USC.

The precocious New Yorker, well acquainted even then with Mr. Chamberlain, chose to emulate the early Wilt, cranking up 32 shots, draining 23 along with 10 of his 14 foul shots on his way to eclipsing Gail Goodrich’s all-time school record of 42 points. In post-game comments, Coach Wooden expressed surprise that the Trojans had chosen to defend his prize pupil man-to-man, also betrayed a suspicion that it would not become a common practice.

Of local interest, USC’s top scorer with 39 points was junior Bill Hewitt from Cambridge, MA. Hewitt kicked off a modest six-year NBA career playing 75 games with Wilt and the ’68-69 Lakers who lost in the Finals to Bill Russell’s final team. 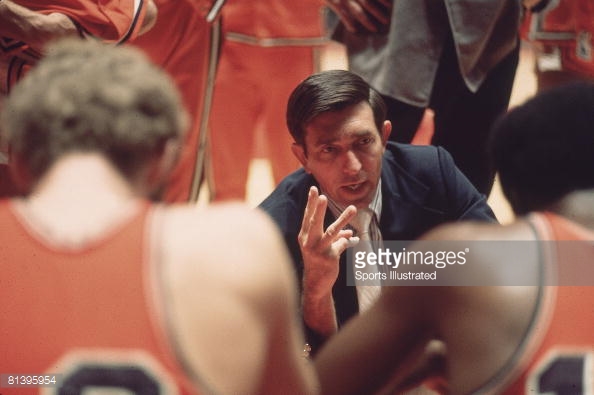 The honeymoon wouldn’t last for long. A 13-game losing skid immediately followed. Indeed, Gus Johnson and Company would win for their soon-to-be 35-year-old rookie coach only a dozen more times that season, one of them an upset of Wilt and the crew in early February.

Beginning on these early December days of 1966, Gene Shue and Kareem Abdul-Jabbar were both fixtures in the big-time basketball world for nearly a quarter of a century.

While Kareem would compete for the league’s ultimate trophy nearly as many times as Mr. Russell, Coach Shue would reach the championship tournament’s final round only once more – and rather ignominiously – with the 1977 Philadelphia 76ers. The Breaks of the Game didn’t go their way.