Why the Celtics did not extend Kelly Olynyk before Monday's deadline 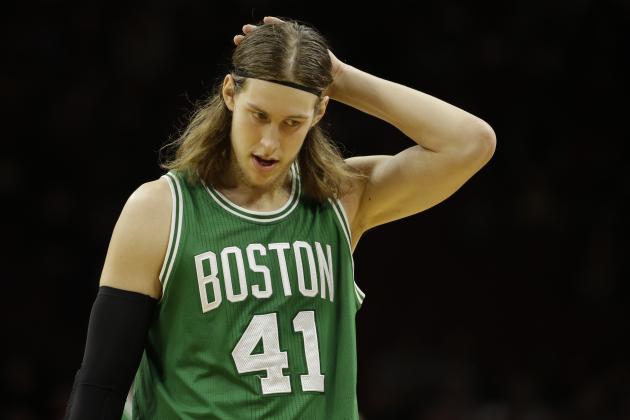 Monday was the league deadline for extensions of players under contract, and Celtics big man Kelly Olynyk did not receive one on his expiring rookie deal. The biggest thing for the C's heading into the upcoming offseason is to keep their options open by having flexibility with regards to the salary cap. They want to have the ability to clear roster space in the event that have the opportunity to bring in a superstar at a max-level contract. The CBA negotiations are ongoing, and teams are still unsure of what exactly the salary cap next year will be.

Kelly was well aware of all of this, and wasn't expecting the Celtics to extend him at this point. Via Jay King of the MassLive:

"I didn't expect to get (an extension)," Olynyk said Tuesday after practice. "We're in a good position as a team here and got some room to do stuff in the offseason. It is what it is."

Olynyk is handling it like a true professional, and is certainly still in the mix to stay in green beyond this season. The team also decided not to pick up a 2.8 million dollar extension for James Young on Monday, so clearly keeping as much money off the books heading into free-agency is priority number one. Kelly will certainly draw some interest around the league in the offseason. A 7-footer who shot over 40 percent from 3 last season is not exactly easy to come by. But just how sought after he will be certainly has a lot to do with how he performs in what is now a contract year for him.

Celtics GM Danny Ainge weighed in on the decision to not extend Olynyk:

As for now, Olynyk has returned to practice and should be ready for game action in the next couple of weeks. It'll be interesting to see him play alongside Al Horford, and if he can pick up where he left off before his shoulder injury back in February. Kelly says the shoulder feels good:

Kelly Olynyk says, "My shot feels good. The strength is there (in my shoulder). The rhythm is there."