The Celtics and Nets have the same amount of wins - is urgency to blame? 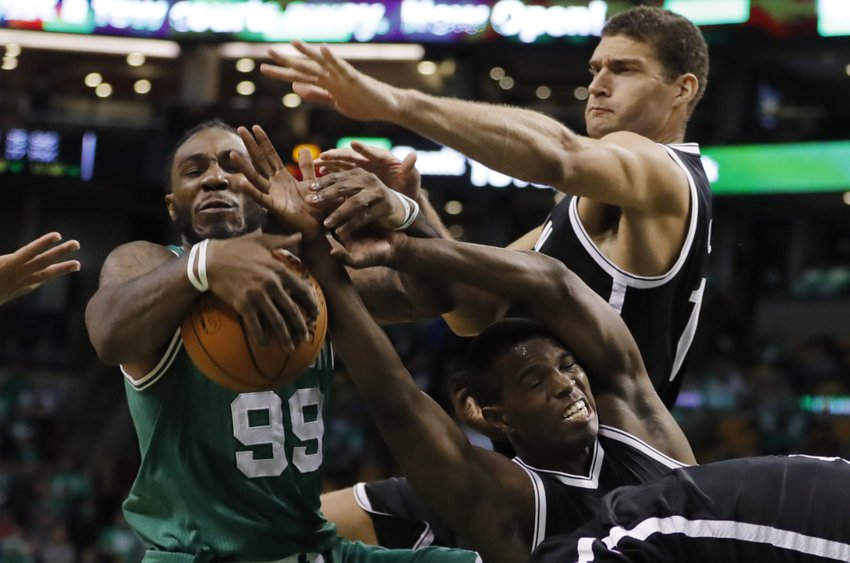 This offseason went wonderfully for the Boston Celtics. They were rewarded the third overall draft pick despite a playoff appearance, signed the second biggest name in free-agency, and of course, the Brooklyn Nets seemed to have gotten even worse. This understandably had everyone amped for the 2016-17 season.

Well, we are more than two weeks into the new season and the Celtics have just as many wins as that "dumpster fire of a team" that we were (and still are) passionately rooting against. With the option to switch picks with the Nets in the 2017 draft, this is certainly not ideal:

Speaking of experts having not having a clue...

With 8% of the precincts in, the Celtics and Nets have the same number of wins.
— Sean Grande (@SeanGrandePBP) November 9, 2016

Something I definitely didn't expect to type at any point this season: The Brooklyn Nets have a higher net rating than the Boston Celtics.
— Michael Pina (@MichaelVPina) November 10, 2016

This stunning start is partially due to Boston performing miles under their expectations (mostly on defense) and Brooklyn being unexpectedly competitive. The injuries, although partially hampering the Celtics' success, are no excuse for getting absolutely lit up by the Nuggets and Wizards. The Nets lost Jeremy Lin, who is debatably their second best player, and still closed a game over the respectable Detroit Pistons and beat the Timberwolves later that week.

What has really led to the C's having the same amount of wins as the Nets thus far is that their efforts and urgencies have had an inverse relationship. Brooklyn has taken one right out of the Celtics' playbook by playing grit and grind basketball, scrappy defense, and leaving it all on the court regardless of the result. Just think back to the Celtics' season opener, when the Nets nearly fought all the way back from a large deficit in the forth quarter. That's what Boston did all of last season - played tough and as a complete unit without a "true star" on the roster.

On the other hand, Boston has been playing very lackadaisical defense. It seems like the heightened expectations and hype surrounding the Celtics this year has reduced their urgency and determination. As Brad Stevens said, what they have done in the past means nothing. They have to grind at the same level as last year to earn anything. Meanwhile, the Nets are on a mission to prove people wrong and not be that "dumpster fire of a team" that just about everyone expected them to be.

I'm not saying that this will be the precedent for the rest of the season, because it won't be. Brad Stevens and the Celtics will figure it out at some point. In fact, maybe losing these past two games was exactly what they needed to reestablish their urgency. Nonetheless, all injuries aside, the Nets have simply been the team with more fire and desire, which has found them tied in the win column with the Celtics despite having much less talent.