"Sustained Excellence" is a periodic series looking back at the Celtic dynasty in general, and in particular, the 50th anniversary of Bill Russell's coaching debut season. 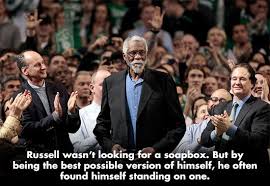 Precisely 50 years ago, on Saturday, October 15, 1966, the National Basketball Association officially launched its third decade of Sports Entertainment with a full slate of five games. I say “officially” only because, for nearly three weeks, there had been going on a lengthier, more barnstorming poo-poo platter of pre-season tune-ups than the league’s current business model requires or than today’s player would stand for. A promotional advertisement for a Royals-Lakers tilt – Oscar v Elgin, not too shabby – somewhere in the Pacific Northwest teased a preliminary scrimmage between the teams’ rookies and other long shots.

The league and its teams had been busy little beavers since the Celtics’ perennial repulsion of West and Baylor’s Lakers back in late April. The Board of Governors had decided, just three seasons after moving the Zephyrs to Baltimore, to take another crack at the Chicago market with the expansion Bulls. The owners came to so much like the idea of expansion – and the financial boost it provided to the established franchises – that the now-ten-team Association would balloon in a mere four seasons to 17. In another maneuver perhaps motivated by money in a still gate-driven economic era, the playoff field for the up-coming season was bumped up from six teams to eight.

Half the teams in the league were opening the new season under new bench leadership. The 76ers lured Alex Hannum back East to lead them to the Promised Land, dumping Coach of the Year Dolph Schayes in the process. The Warriors – who this season introduced their now-legendary “The City” suits – looked to former Celtic Bill Sharman as Hannum’s replacement. “Red” Kerr got the Bulls’ gig, and somebody named Farmer lasted nine games with the Bullets, who were finally in the geographically appropriate but more competitive Eastern Division. 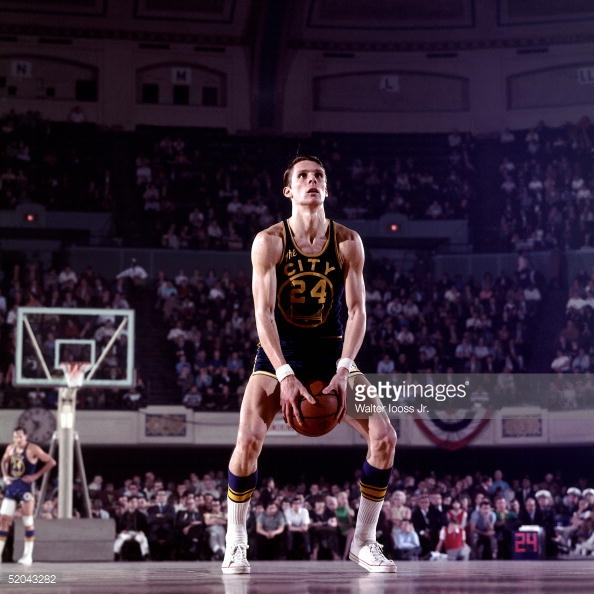 The fifth was our own No. 6, Bill Russell, who was one of three player-coaches at the time – along with the Hawks’ Richie Guerin and the Pistons’ 26-year-old Dave DeBusschere, a one-time MLB pitcher who was probably used to the multi-tasking.

Though Wilt’s crew had wrested away regular-season pre-eminence, Auerbach’s final team had demonstrated that the path to a championship still passed through parquet. General Manager Red made two moves to bolster Coach Russell’s initial squad. He traded promising young seven-footer Mel Counts to Baltimore for savvy veteran forward Bailey Howell. And to provide back-up for Russell the player and to replace the veteran leadership lost to the retirement of Willie Naulls, he purchased the contract of the player … er, let me re-phrase that … the contract of the man destined to become not only a champion, but the NBA’s very first African-American General Manager, Mr. Wayne Embry. Worthy of note, perhaps, is that a little-used reserve on both Red’s last and Russ’s first teams was a young and fit John Thompson.

In Philly, along with the new coach, local icon Jack Ramsay came on board as GM; the Sixers also lured veteran guard Larry Costello out of the semi-retirement of the Eastern League to replace the fully retiring Al Bianchi. Returning young studs like Luke Jackson, Billy Cunningham, Chet Walker and Wally (not yet Wali) Jones – average age 24 – provided a pretty good incentive to otherwise adopt the “If It Ain’t Broke…” approach.

As for Chamberlain, the summer in which he turned 30 had been marred by a destructive fire at the residence he’d maintained in the Bay Area. Thus, he’d reported to work tardy, grumpy and a bit overweight. The lithe, lanky, track star teenager had matured into an athletic Goliath who easily carried his additional bulk, though Hannum often quipped that Wilt was adept at avoiding scales and tape measures.

In taking on the job, ol’ Alex – who is the only coach ever to have gotten the better of a Bill Russell team in a playoff series – figured his most challenging Wilt problem would be convincing the big guy to stop playing every single minute of every single game. Coach’s judgment was based more on the squad’s overall depth and explosiveness than on concerns over his center’s age or endurance.

Wilt was much more amenable to altering his style than surrendering his minutes. The Game’s Greatest Scorer had by then developed into a capable facilitator for his teammates, more and more frequently setting up in the high post, even pulling an old Trotter trick out of his hat now and again. In four separate 60’s seasons, Wilt finished among the NBA’s Top Seven assist men.

Philadelphia opened its season at home against a Knick team that never figured out how to do with Walt Bellamy and Willis Reed what the 76ers were doing with Chamberlain and Jackson. The Sixers assumed command of a close game in the third quarter and never looked back in a 128-112 victory. Setting a template for the season, six Philadelphia players reached double figures in scoring. 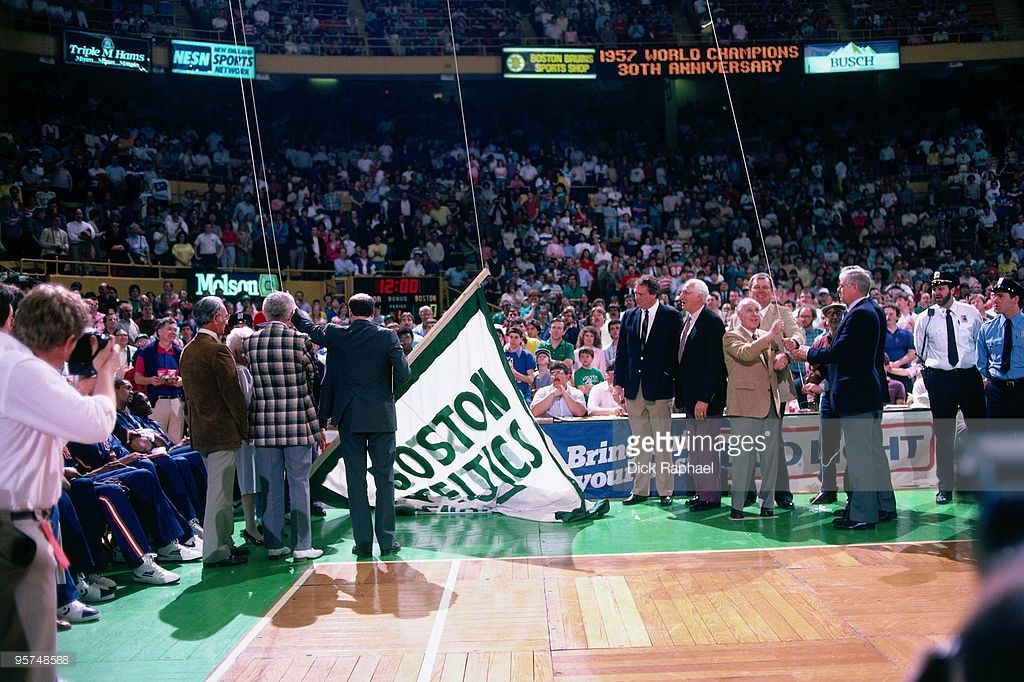 Meanwhile, a couple hundred or so miles up the road (I-95, to be exact), “Coach” Auerbach was pulling the best kind of strings for the final time. As had become habit, the champs began defense of their title by raising – quite literally, by hand – to the Garden’s ceiling the symbol of its attainment, amidst the roar of 13,909 voices. (BTW, that numeral is always pronounced “Thirteen, nine-oh-nine” and always delivered in one’s very best Johnny Most rasp.)

The Celts’ opener would be Auerbach’s first look at his replacement in action. Red had scrupulously avoided training camp and the exhibitions, allowing Russell time and space to grow into his new role.

Sharman’s Warriors were ready to compete, playing even with the defending champions into the game’s final minutes. Wunderkind Rick Barry led the way with 41 points. Russ put on a spectacular performance: 8 points, 24 rebounds and 11 assists in 43 minutes. But his best play of the night was putting guard Larry Siegfried back into a 107-107 deadlock. John Havlicek’s college buddy proceeded to notch 14 of his 21 points as the C’s were securing a 121-113 victory.

One down, eighty to go – really, every team was scheduled to play an odd number of games that year for just the second and final time in the league’s 70 seasons.

Mel Counts holds an interesting distinction in Boston Celtic lore. Fittingly perhaps Counts, a career back-up and journeyman, was the one and only ballplayer Auerbach traded away during Russell’s 13 years.