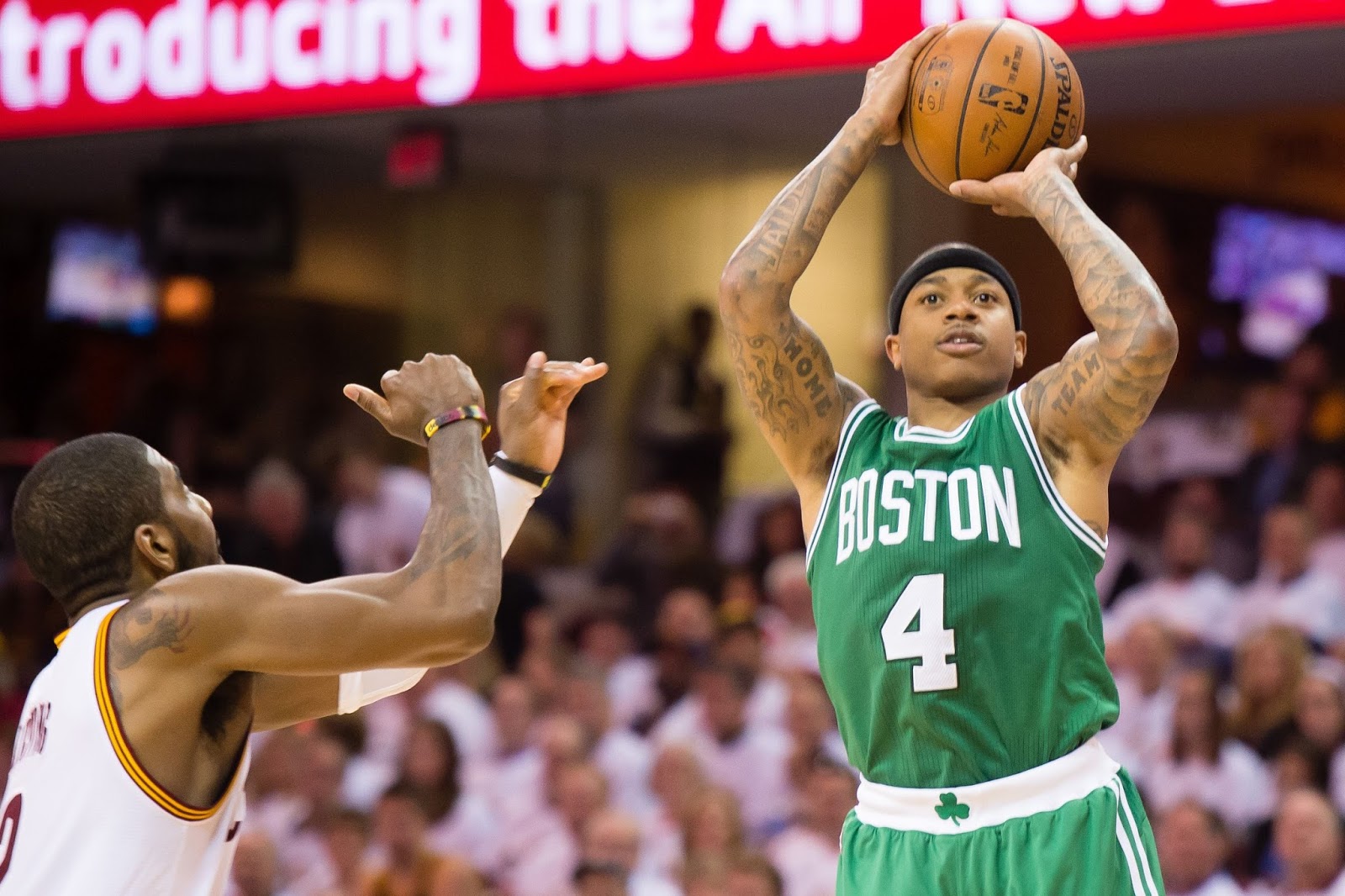 The team appeared to still be in tank mode after trading Rajon Rondo earlier in the 2014-15 season. But Danny Ainge had other plans. With the undersized scorer on the roster the Celtics ended up making the playoffs that year and had a real shot at the No. 3 seed in last season's playoffs.

Thomas quickly became a fan favorite and it's no secret he loves where he is right now. While making the playoffs is great, Thomas wants more.

Isaiah's real answer on what's next: "Showing I can carry a team further than just getting to the playoffs. That’s very important to me."
— Adam Himmelsbach (@AdamHimmelsbach) October 14, 2016

Thomas recently sat down with Chris Forsberg over at ESPN to answer some 5-on-5 questions previously answered by analysts. Here's one of them:

3. Fact or Fiction: Isaiah Thomas will be part of Boston's next great team?

There's a couple reasons for this question. One is because of Thomas' shortcomings on the defensive end. He can score in bunches, but his defense due to his size is the main thing critics point to when they say he can't be a top option on a contender. The other reason is that Boston has up-and-coming guards on the roster such as Marcus Smart and Terry Rozier who will need more floor time once they develop. Would he be agreeable to going back to the bench after being named an All-Star?

Another issue is Thomas' contract. He's possibly on the best deal in the league as Boston has a 20 ppg scorer for less than $7 million per season for the next two years. That contract could be a big trade chip if Ainge can swing for a superstar with all the other assets at his disposal.

Because he's being paid so little, common sense would tell you he'll want a big pay day when he becomes a free agent at age 30. This is especially true after watching all the money flying out the window this past summer. Guys who don't have a third of the talent of Thomas are making double what he does now.

Should Boston give him that money, which could impact signing other players, at his age? Forsberg asked Thomas about his future.

You mentioned in our little Insider questions that you expect to be part of Boston's next great team. You're extension-eligible after this season, but giving you more money might limit the team in pursuing big-name free agents. Have you thought about your future situation?

Thomas: "To be honest, I haven’t thought about it. I haven’t and that’s the honest answer. I feel like I would be selfish to think about that right now. When the time comes, we can weigh the options and see what they want to do, see what I’m able to do. First and foremost, it is about winning. And bringing the best talent we can to Boston. And trying to hang another banner up here."

That sounds like a guy willing to take less than market value on his next deal if it means bringing in more talent to help win rings. Just how much of a discount he'll agree to is yet to be seen. And don't be surprised if Thomas does agree to come off the bench in the future. Why? Because he loves playing basketball in Boston. Thomas didn't exactly have a great first few years of his career with the dumpster fire that is Sacramento and being shoehorned into a three point guard rotation in Phoenix.

He's on a good team with teammates he enjoys playing with and who enjoy playing with him. He helps win games. He can absolutely be a key part in Boston's next contender.