Strong all-around play leads the Celtics past the Hornets, 104-86 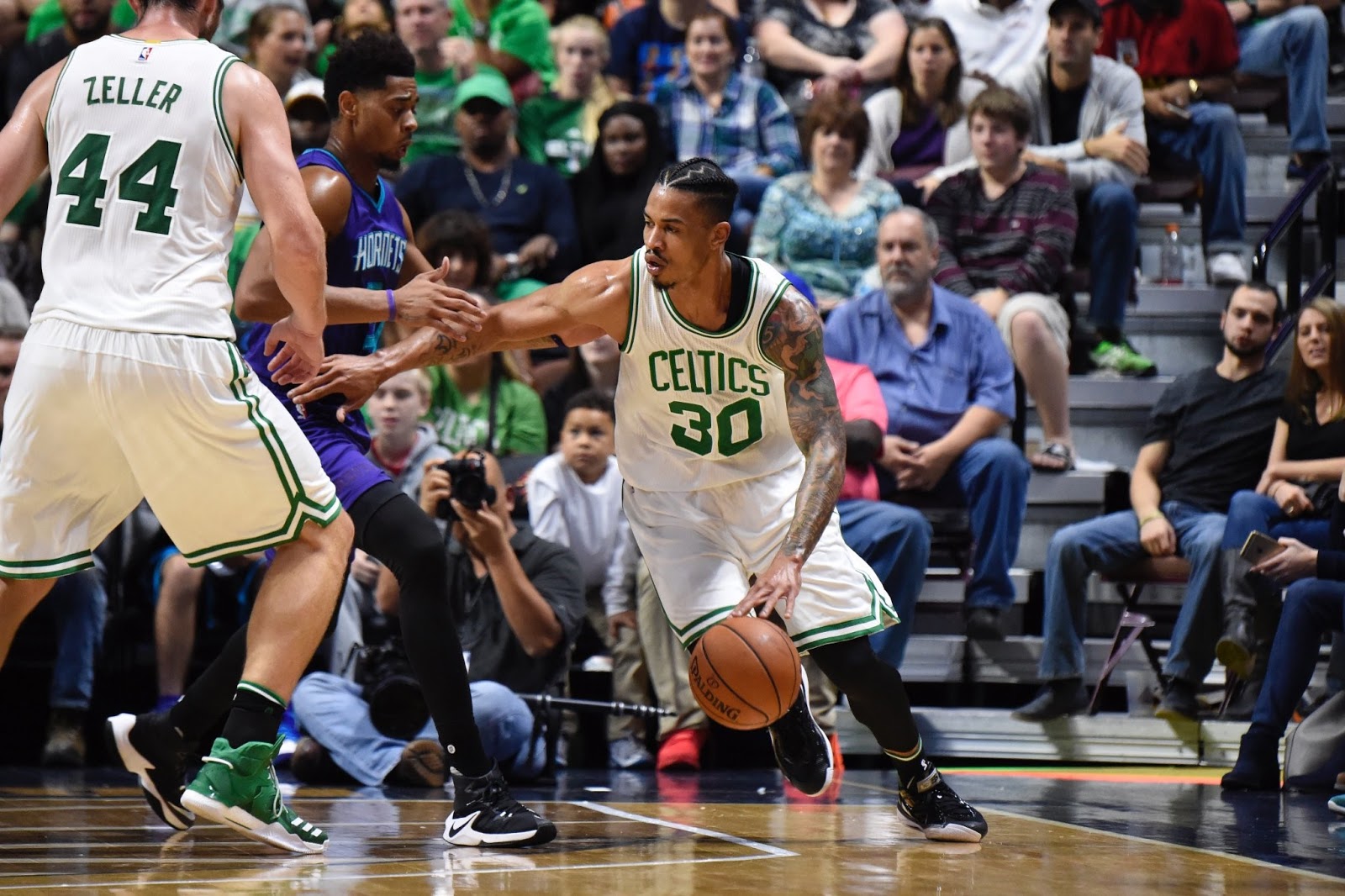 The Boston Celtics used a strong outing from their whole squad but especially from Jae Crowder, Marcus Smart, and Tyler Zeller to defeat the Charlotte Hornets for the second straight time on Saturday afternoon, 104-86.

With many well-known players getting the day off, Crowder was the lone starter from the last two games and took command from the get-go to set the tone for the Celtics. Smart thrived with his time as point guard and Tyler Zeller got hot from mid-range, but Boston's undersized starting lineup was susceptible to offensive rebounds from the Hornet's big men which found them tied at the end of the first quarter:

Boston slowly got into a nice groove in the second quarter powered by those three aforementioned players and R.J. Hunter, giving them an 11 point cushion at the intermission.

The second half was all about the youngsters for the Celtics who seemed to be fueled by the competition for the final roster spot. James Young was trending in the right direction through preseason so far, but Hunter retaliated in a big way with 10 points, five assists, and a couple of sweet highlight-worthy plays.

Jordan Mickey joined in on the youth movement, finishing as the top scorer and rebounder for the C's:

The Celtics hang on for a convincing 104-86 win over Charlotte. Jordan Mickey led all scorers with 16 points and had a team-high 6 rebounds.

Gerald Green returned from his minor injury and put up 13 points in his Celtics debut. On another note, Terry Rozier left the game after taking an elbow to the lip:

Terry Rozier has suffered an upper lip laceration and will not return to the game. #NEBHInjuryReport


Boston is now 2-1 in the preseason and picking up momentum. They will take on Brooklyn on Thursday.