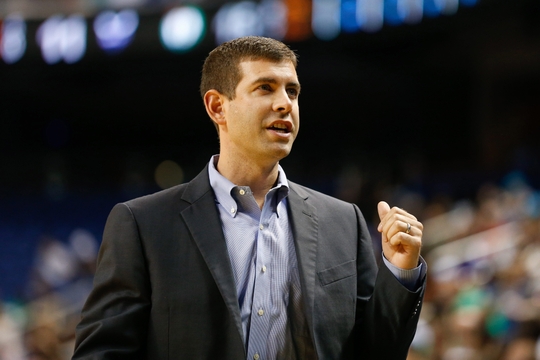 The Boston Celtics picked up their first win of the pre-season Thursday with a lopsided 107 to 92 victory over the Charlotte Hornets. The C's opened up the game slowly, mostly staying even with the Hornets, but displayed their ability to move the ball well:


Holy ball movement by the Celtics! Five passes lead to a corner 3 by Jae Crowder! That was beautiful to watch.
— Marc D'Amico (@Marc_DAmico) October 6, 2016

Al Horford struggled in the first half, shooting 2-for-6 going into the break, but picked it up in the third period. Horford finished with 13 PTS, 8 REB, and 3 AST. He also snagged some sweet highlights:

In addition to Thursday's stats, ESPN's real plus/minus is showing that Horford is already making an impact on the floor:


The Celtics came out swinging in the second half. Boston outscored Charlotte 40-19 in the third quarter and took the lead for good... and that's when the bench started getting hot:


Terry Rozier continued to dazzle. He tallied 14 PTS on 6-for-9 shooting. Jaylen Brown showed off his scoring ability, reaching double digits (12 PTS, 5 REB) but finished 4-for-11 from the floor. If he can improve his jumper, he should be nasty.

#NEBHInjuryReport: Isaiah Thomas has suffered a slightly sprained left wrist and will not return to action tonight.

Hopefully Isaiah's alright but the Celtics have a day off before another matchup with the Hornets at home.