What do all the National TV games mean for the Celtics? 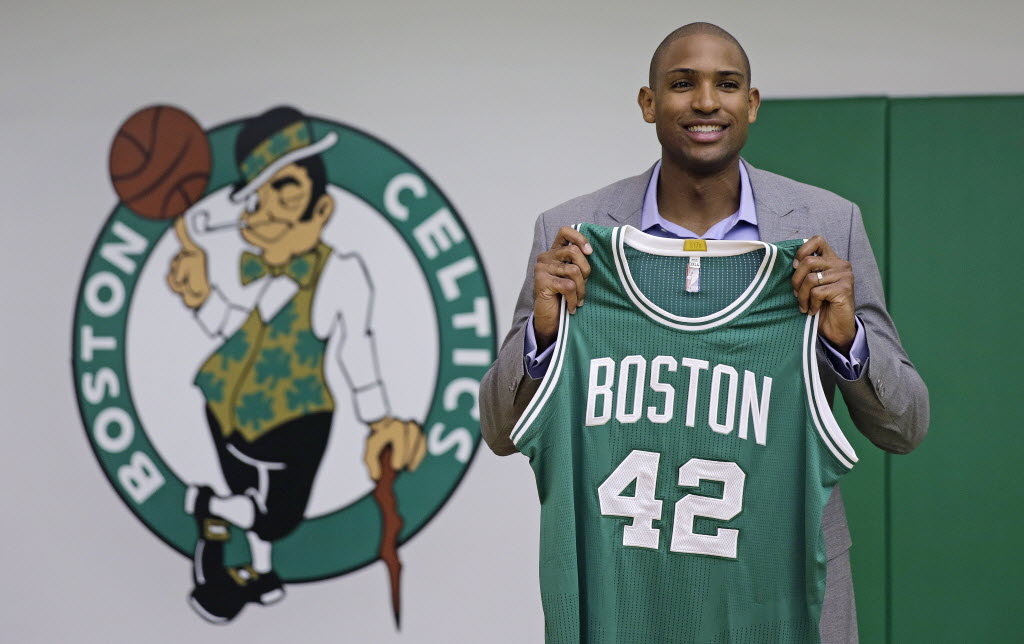 So what do all these National TV games mean for next season? Well it simply means, the Celtics are back, and that's due in large part to the man pictured above, Al Horford. Acquiring Horford and getting better as a team last year has helped the Celtics appear more frequently on National TV. You can look at the stats for yourself. Just two years ago, the team had one National TV appearance compared the 24 lined up for this season:

Number of national TV appearances for each NBA team, broken down by network. pic.twitter.com/yei2MtWYss

Interestingly enough, when Kevin Garnett, Paul Pierce and Ray Allen were here, during their Big Three era, we averaged 22 national TV games per year. With the 24 we have this year, it surpasses that average and it tells us that the NBA schedule makers think we're going to be a very strong team this year. With two All-Stars in Isaiah Thomas and Al Horford, along with a cast of Jae Crowder, Avery Bradley, Marcus Smart, Jaylen Brown, Amir Johnson and others, our team looks more and more attractive to the viewing eye and that's garnered by TV time and attention.

Personally, I love all the National TV games. Whenever we're on ESPN or TNT no a Thursday or Friday night, you know it's going to be a big game or big deal. Only the Bulls, Cavs, Warriors, Clippers, Knicks, Thunder, and Spurs have more National TV appearances and we're right there with them in the thick of things. We're now considered one of the marquee teams in the NBA that people want to watch and that means the Celtics are officially back when comparing them to the Big Three era.

It's been a quick rebuild by Danny Ainge and after just one season without the playoffs in 2013-14, we've made it two season in a row and are poised to make a run at the Conference Finals this season. I'm excited for what's to come and glad that we can hear Kevin Harlan and Mike Breen call more of our games on National TV this year.