How can youngsters like Terry Rozier and Jaylen Brown earn minutes on deep Celtics squad? Rebound! 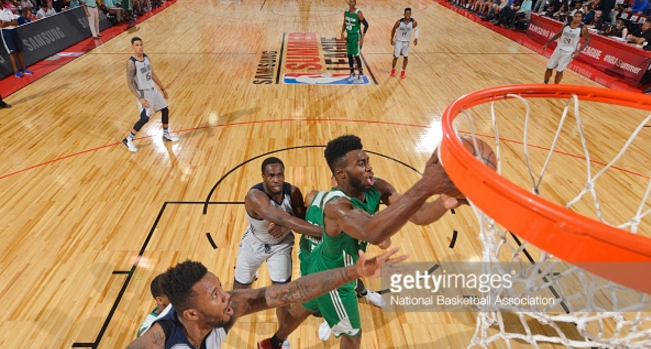 No matter how you look at it, rebounding is going to be a serious issue for the 2016-17 Boston Celtics.  Last year, the Celtics finished 19th in the NBA in rebound percentage, snagging only 49.4 percent of all available caroms.  That squad's best rebounder, Jared Sullinger, is now a Toronto Raptor.  Sully averaged 8.3 boards in 23.6 minutes per game, with a rebounding rate of 18.7 percent (easily the highest on the team).

Boston's big offseason acquisition, Al Horford, is not a particularly effective rebounder for a center.  Horford pulled down just 7.3 boards in 32.1 minutes a night for the Hawks in 2015-16, snagging 12.2 percent of rebounds available while he was on the court. 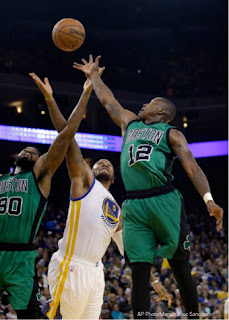 On paper, the C's look to be a worse rebounding club that they were a season ago.  Brad Stevens may be forced to deploy some creative lineups in order to keep his team from getting dominated on the glass.  Two up-and-coming young players could use this to their advantage while trying to break into Stevens' rotation: Sophomore guard Terry Rozier, and rookie forward Jaylen Brown.

Marcus Smart will likely play big minutes as the first guard off the bench.  Gerald Green should also get time in the backcourt.  Rozier's best method for seeing the floor may be rebounding at an elite level for his position, something he gave us a glimpse of last year.

As a rookie, Rozier grabbed 10 percent of all boards while in the game (a rate not far below Horford's), seventh best on the Celtics.  Among all NBA players under 6'4", only Russell Westbrook (12.3 percent) posted a better rebounding rate in 2016-17 than the 6'2" Rozier.

Brown projects to be the backup small forward behind Jae Crowder, but he may have to fight for playing time with Green as well.  What better way for the 19-year-old to earn Stevens' confidence than by being a monster on the glass?  Brown averaged 5.4 boards in 27.6 minutes per game at Cal last year, with a rebound percentage of 10.8--not great for a 6'7" forward taken No. 3 in the draft.  However, Brown was just voted the best athlete in his class by his peers and there's no reason to think he can't become an excellent rebounder if he makes it one of his primary goals as a rookie.

To a lesser extent, Jordan Mickey is in the same boat.  He's a long-shot to crack the regular rotation, but rebounding might be Mickey's tool for maintaining his roster spot and avoiding the D-League shuttle back and forth to Portland, Maine.