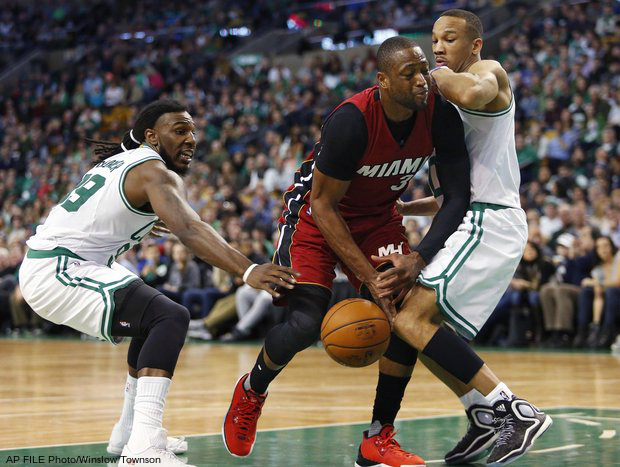 The Celtics finished in a three-way tie for fourth in defensive rating (points allowed per 100 possessions) last season.  With Al Horford on board and another year for the young ballclub to gel under Brad Stevens, the 2016-17 squad should be even better.

Matt Moore of CBSSports.com (also known as @HPbasketball on Twitter) recently made predictions for the best defensive teams next season and came up with three locks to be among the top five: Golden State, Utah and Boston.

Here's some of what Moore wrote about the Celtics:

Stevens has managed to help every player fill their defensive potential. Avery Bradley and Marcus Smart are both top-15 perimeter defenders, and even guys like Kelly Olynyk (?!) took strides toward being great defensively. The addition of Horford only makes them better.

What they lack in rim protection, they make up for in savvy, strength and precision with Horford and Amir Johnson/Olynyk. Their bench is deep and they've found ways to hide Isaiah Thomas' size weakness while also enabling him to create havoc on-ball. They have continuity, great scheme, and improved personnel. Beyond all this, they have Jae Crowder, who is tough as nails as a lock-down, multi-position stopper.


Depth will likely be a huge factor in the success of the C's defense.  In the simplest sense, the fewer minutes everybody plays, the harder they can work on D while on the floor.  Plus, if young guys like Terry Rozier, Jaylen Brown and Jordan Mickey want to fight their way into the rotation, showing persistence and energy on defense is likely the best way to do it.

Moore did admit that it won't be all rainbows and unicorns for the Celtics D, however:

There still seem to be weaknesses on the surface, with Thomas undersized and Olynyk not the quickest of foot. Their approach of blitzing the offense and creating fast-break points which allows the defense to re-set will be challenged as more teams have film on them this year.

Horford was part of am [sic] Atlanta unit that really struggled on the glass and the Celtics figure to have the same problem. If they get hammered on the boards that could hurt their ability to run in transition, keeping the defense out of sync.