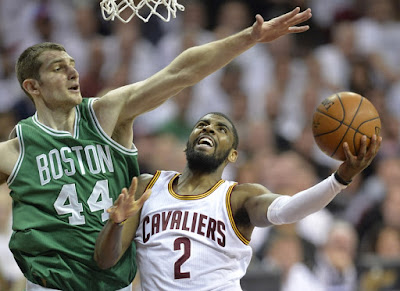 According to Kevin Pelton of ESPN, forward Tyler Zeller is the fifth best remaining free agent available, but the market out there for him is fairly thin.

After the Celtics extended a qualifying offer worth $3.7 million, is it possible they can actually keep him on the roster for that small of a cap hit?

By the looks of things, it's certainly not out of the realm of possibility. There are a wide range of options with him at this point, specifically such as renouncing the offer to clear up cap space for a different free agent, say J.R. Smith, clearing up cap room for a blockbuster trade, etc. But if the C's fail to complete a major trade or sign one of the remaining free agents demanding a lot of money on a short contract, keeping Zeller is likely the next available option.

Though he didn't put up earth-shattering numbers last season, Zeller suited up in green next season for just under $4 million would be a huge steal considering the ludicrous coin being thrown around this offseason.

Here's to hoping he's swept under the radar a little bit longer and ends up back in Boston this fall.