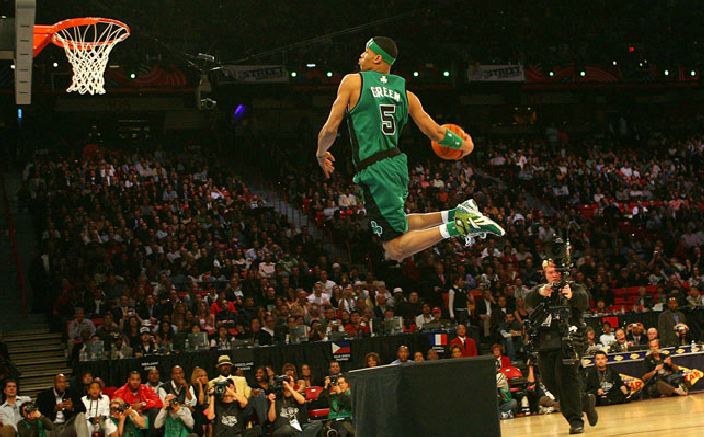 This is a bit of a surprise:


Deveny reports that it's a one-year guaranteed deal, although the terms are not yet disclosed.  Boston took Green with the 18th pick in the 2005 draft, but the highlight of his Celtics tenure was a slam dunk contest championship in 2007.  Amazingly, he's still only 30 years old.  Green is a 36-percent career three-point shooter who averaged 8.9 points and 2.4 rebounds in 22.6 minutes per game for Miami last season.

Green lasted just two years with Boston his first time around, and has since played for the Rockets, T-Wolves, Mavericks, Nets, Pacers, Suns and Heat, as well as two seasons in Russia.  His best season year came in 2013-14, when he put up 15.8 points per game for Phoenix.

The Celtics now have 14 players under contract for next season (once Jaylen Brown signs), not including their three second-round picks and restricted free agent Tyler Zeller.