Did Ainge's refusal to pull trigger on Jimmy Butler draft day deal lead to losing out on Durant? 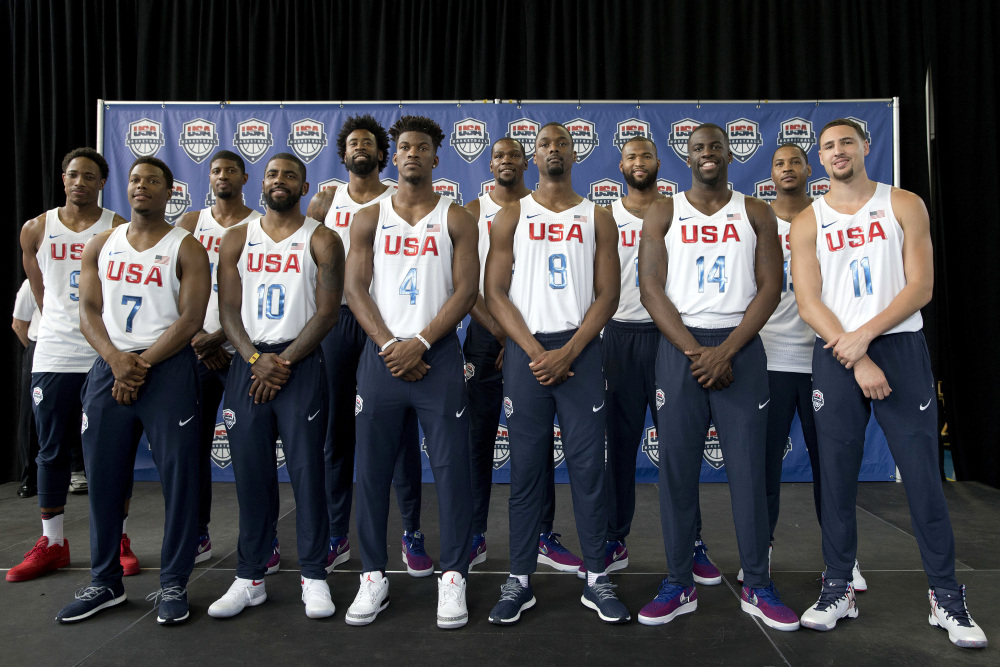 Back in 2010 the Cavs had an impending free agent in LeBron James. He really wanted to stop carrying the load all buy himself in Cleveland. Mo Williams as your your 2nd star on a team doesn't really cut it. The Suns were dangling Amar'e Stoudemire at the trade deadline, but the Cavs refused to part with JJ Hickson to acquire him. With the Cavs unable to provide even one star with him, LeBron chose to team up with two in Miami.

Fast forward to six years later and we have a frustrated Kevin Durant on the free agent market. There's a legit chance he will bolt the Thunder. The Celtics hold appeal, but are lacking the star players to entice Durant. As much as Durant is a fan of the Celtics offense and Stevens, they still haven't won a playoff series in 4 years. Durant wants championships.

When the Celtics passed on the rumored Jimmy Butler for Jae Crowder, #3 and #16 Bulls offer I was surprised. The thing is I like Jaylen Brown and I like Jae Crowder, but you have to give something to get something and if the difference between getting Butler was the Celtics desire to trade Avery Bradley instead of Jae Crowder, I'm not sure that was a line in the sand  Ainge should have drawn. ESPECIALLY since having Durant's Team USA teammate Jimmy Butler on the Celtics would be a major drawing card for Durant. Apparently I'm not the only one who feels this way. Steve Bulpett wrote about it yesterday.

The feeling here is that the Celtics and their fans will be very happy with Jaylen Brown even early on, but Butler and the subsequent recruitment of Horford would have made the club a favorite to reach the Eastern Conference finals. And you have to ask whether Durant’s decision would have been different if he could have joined a team with those two and Isaiah Thomas.

Certainly Ainge may have had to give up a core player to make the deal work, but would it really matter if it got you Durant? The Warriors would be willing to take their chances with KD, Steph Curry, Klay Thompson, Draymond Green and nine guys named Phil.

Obviously the Celts couldn’t have been certain a Butler deal would lead to Durant, even though back channels are a veritable information superhighway in the NBA. But the Chicago scorer would have been more than a solid piece in the foundation of the Boston project.


While in a vacuum the Cavs trade of Andrew Wiggins for Kevin Love looks bad, in reality it was really Wiggins for Love AND LeBron James. You do that trade every day and 10 times on Sunday. James wanted another all-star in Cleveland and he didn't have the patience for a rookie. Likely Durant felt the same about Boston. While Jae Crowder would have been a loss, would you rather have Crowder and Brown or Butler and Durant?

As Bulpett mentions there's enough back channeling in the NBA that Ainge should have had an idea what was needed to lure Durant. Obviously Al Horford was one piece. But Horford and Isaiah Thomas still don't measure up to a 73 win 3 all-nba player Warriors team.

When I look back at the Durant free agency summer, I will remember just how close the Celtics got to signing one of the top 3 players in the NBA (still in his prime) and immediately becoming a title contender. If the Warriors don't choke the NBA Finals (or the NBA doesn't change Draymond Green's foul to a Flagrant 1 the next day leading to a suspension) there's no way that Durant can sign with them. The Warriors loss opened up the door for them to be an alternative to staying in OKC. Apparently based on his on the court relationship with Westbrook, Durant wanted out. If the Warriors weren't a realistic option, I believe Durant would have chosen Boston. But even how things played out with the Warriors losing the Finals, I believe Durant may very likely be a Celtic right now if the Butler trade had been consummated.
The truth is while players like Marcus Smart, Kelly Olynyk, and Jae Crowder get credit for going to the Durant meeting in the Hamptons, they really had no effect. Isaiah likely had an effect, but you needed another star or two. Butler would have been it (and might have also led to Horford agreeing to sign a day earlier and being there as well). No Butler, no Durant. While I expect Crowder to have a better career than Hickson, one will always wonder what could have been here in Boston if Ainge went all-in. Maybe it wouldn't have worked out. Just like maybe the Ray Allen trade might not have led to KG. But sometimes you have to take the shot.