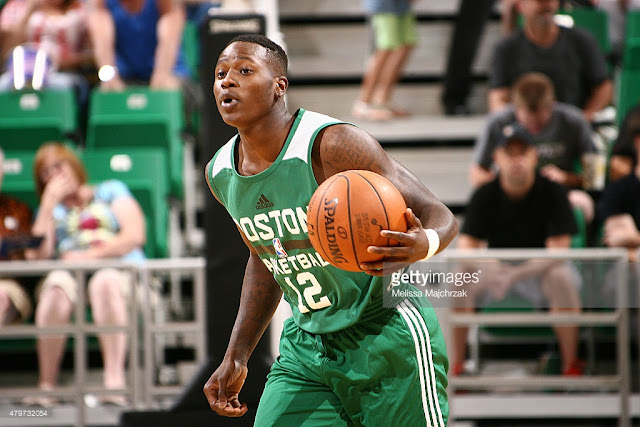 During an appearance on yesterday's broadcast of the Celtics vs Cleveland Cavliers match-up, the Celtics' GM had this to say about the sophomore earning some playing time in 2016-2017:

"I think that Terry Rozier has made a great case for himself for next year," Ainge replied. "He's been our best player from the first day of training camp this summer. He's been terrific for us. He was a good player last year in training camp, just didn't get a lot of opportunities because of our depth at guard. But I think he's winning a spot."


Rozier appears ready to fill the hole that Evan Turner left when signed with the Portland Trail Blazers earlier this summer. Aside from averaging 20 points per game, Rozier has also demonstrated an ability to come up clutch to close out games, such as the below game-winning 3 pointer (plus the foul) against the Spurs, and the steal/dunk to close out a win against the 76ers :