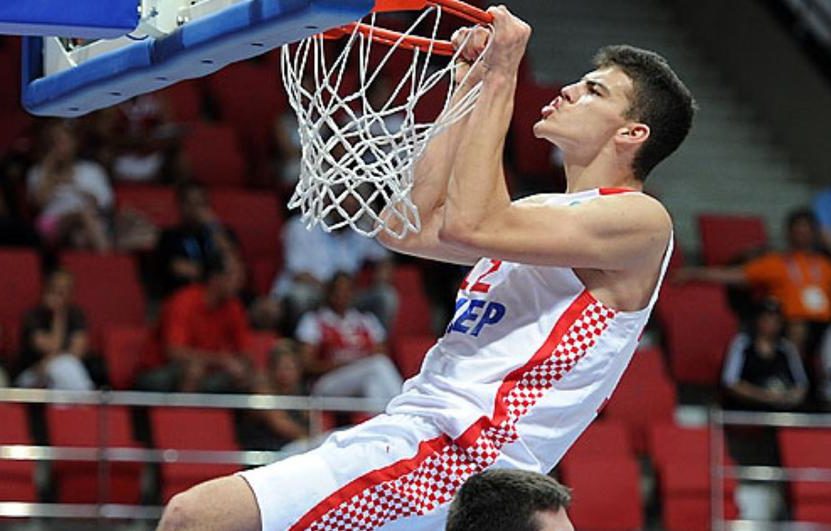 The Celtics drafted Ante Zizic with the intention of having him stay overseas, and it looks like Zizic is now amenable to doing just that. Word is he will continue to do pull-ups on the rim in Croatia next year.


The Celtics haven't stashed a first round pick since Larry Bird went back to Indiana State for a year after the Celtics nabbed him with the 6th pick in 1978 draft. Jon Barry didn't suit up for the C's after being picked in the first round in 1992, but was eventually traded mid-season. Barry has been annoying Celtics fans with his antics for decades, #neverforget. So basically the Celtics never do this. Initially Zizic did not seem overly thrilled with the idea:

Zizic didn't really say whether he's open to draft-and-stash. Said he needs a day to think about it, talk with the Celtics "and everything."
— Jay King (@ByJayKing) June 24, 2016


Maybe the Horford signing changed things for Team Zizic. The twenty year-old and his reps must have figured that it made more sense to continue to develop overseas than strain their relationship with the Celtics and exert pressure to come over to the NBA this year.

We'll see what happens with all of the rumors, but it will be nice to have top flight European talent on ice if the Celtics do end up cashing in their draft picks and young players in pursuit of a superstar talent.