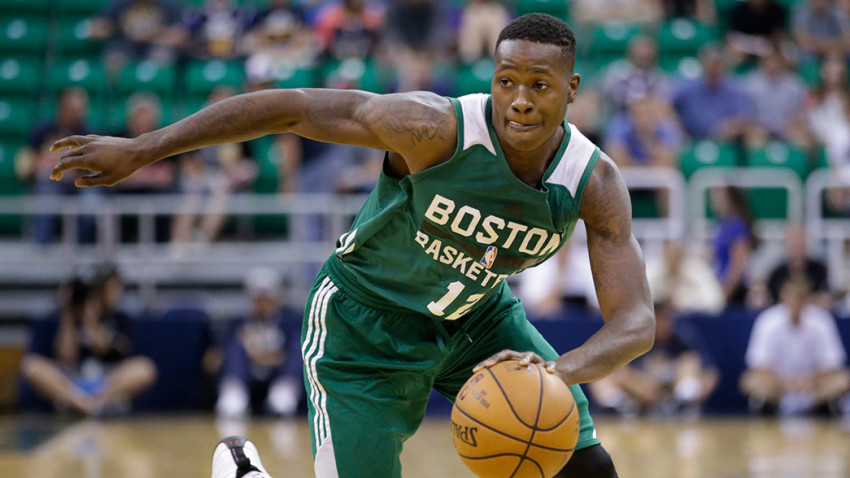 Evan Turner's departure for Portland has left a void in the Celtics rotation for another playmaker that can come off the bench for the Celtics. However, the C's may not have to look far for one as Terry Rozier's emergence during the NBA Summer League has given hope that he can be a key part of the team this year. Through six games in the Summer League, Rozier averaged 20 PPG, 5.3 RPG, 3.5 APG, 1.5 SPG, 54 FG% and 45% from three all in just 29 minutes of action a game.

Rozier himself feels that he's ready to take on a bigger role on the team this year. Via Brian Robb of Boston.com:

“One of the things I said before training camp is that I’m smarter [now],” Rozier said in Las Vegas this week. “I felt like I could always play, but I just feel that my opportunity came late obviously in the playoffs [last season]. I got to see that see that as a rookie early and it made me smarter to just see things. Then, this summer I went over a lot of things and touched on things I could do as a point guard. I think I just became smarter more than anything.”


Danny Ainge has already detailed that he thinks Rozier has earned a spot in the rotation next year for the Celtics and with Turner's departure, it looks more and more like Rozier is going to be counted on by Brad Stevens to take over his role:

Terry Rozier: "With Evan Turner not signing back to us, we need somebody to step up and I need to be that guy." #Celtics

It's likely that Marcus Smart and Terry Rozier will have to battle each other for the leader and playmaker of the second unit. However, I think they can both coexist in the same lineup with Rozier being more of a ball handler and playmaker and Smart being more of a slasher and scorer. The second year guard displayed some improved shooting and passing while leading the Celtics in the Summer. His defensive prowess was also on full display when guarding opposing point guards.

With a guard lineup of Isaiah Thomas, Avery Bradley, Marcus Smart and Terry Rozier, the Celtics are in good hands and have arguably the best defensive trio of guards in the NBA with Bradley, Smart, and Rozier. Things look very bright for Rozier and the stage is set for him to emerge as a key member of Boston's rotation this year.