Was Boston's lone trade last night really "too good to pass up"? 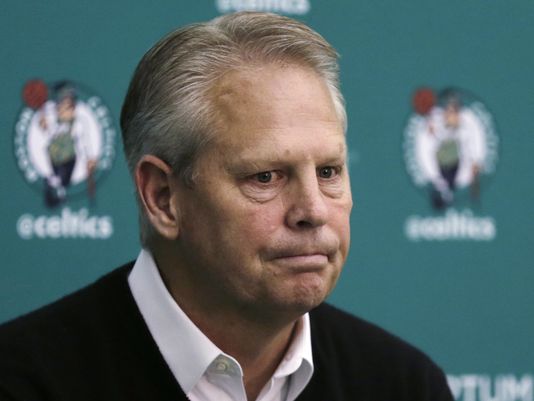 Ever since the draft lottery, most Boston fans realized they were not going to get potential franchise cornerstones Ben Simmons or Brandon Ingram. It was time to dream for the next best thing, trading the pick for a star player. Numerous reports leading up to the draft surrounding deals centered around the #3 pick for Jimmy Butler, Jahlil Okafor, and Nerlens Noel gave Celtics fans a glimmer of hope that a deal could still be made. To the frustration of many, THE trade didn't happen and the C's drafted SF Jaylen Brown 3rd overall with plans to keep him on the roster. The problem still remained that Boston had too many picks (7 remaining) than it would be able to realistically keep on the roster, so some sort of a deal had to be made. Ideally, a package deal of picks for a serviceable NBA player seemed like the best option. Danny Ainge opted to go a different route.

At first glance this feels like another Danny Ainge highway robbery. Who knows what the Clippers could look like after the 2018 season? That franchise has been cursed and them being a lottery team could be in the cards! But.. oh wait.

So basically we traded two high second round picks for potentially one second rounder in 2022? Even best case scenario it's a low first round pick 3 years from now. One thing you have to give him credit for, Ainge always has a way of spinning his moves in a positive light to the media.

Too good to pass up? Really? I'm a big fan of Danny Ainge and especially with his trades but this one I'm just not buying. I'm relieved he made at least one move to shed the plethora of draft picks we wouldn't be able to use but this return is about as small as it gets. It might be time for us to consider that the "treasure chest" of draft picks we once considered a great asset may end up being just smoke and mirrors. Photo Credit: The Associated Press Follow Nolan on Twitter @NolanChuck