Sorry, but as much as I'm a fan of Draymond Green, he still should have been suspended 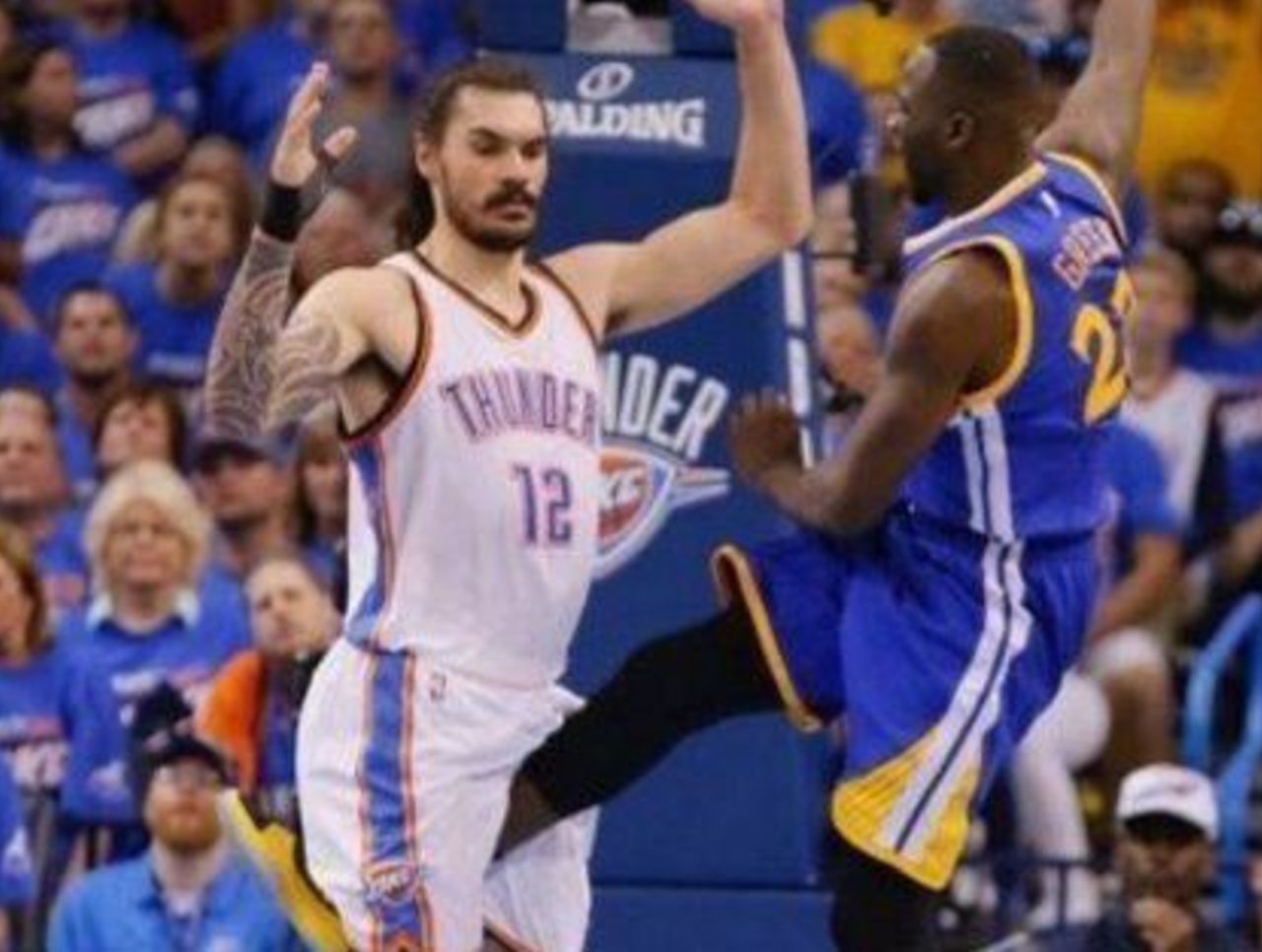 This weekend was the weekend of groin blows in the NBA (KG would be proud). While NBA journeyman Dahntay Jones received a 1 game suspension for his, Draymond Green somehow avoided a suspension. Green getting a slap on the wrist would make sense if this was the 1980's, but we've had different rules in the NBA over the past dozen or so years. By those rules, Green should be out 1 game. Adam Silver has done a good job since taking over as commissioner to eliminate the idea that anything isn't on the up and up in the NBA. David Stern's tenure led to a lot of conspiracy theories, which hit their apex during the Tim Donaghy betting scandal. Something doesn't smell right about this one though. Feels like a star is getting star treatment.

Maybe the league didn't want a repeat of the 2007 Western Conference Finals, when the Suns were screwed due to the suspensions of Amar'e Stoudemire and Boris Diaw. But to be quite honest in a way they are risking tainting this series as well. If the Warriors win Game 5 back in Oakland with Green and then win the series, one will always wonder if OKC would have won the series if Green didn't play game 5. And despite what morons like Stephen A. Smith say, Green should have been suspended. Your rationale for having a player not be suspended can't be "well I want to see both teams playing at full strength." No one forced Draymond to kick Adams in the nuts. A suspension would have been his own fault. He didn't get one because he's a star player.

What are your thoughts?


p.s. And LeBron should get fined for all his heinous flops, just like non-star players do.