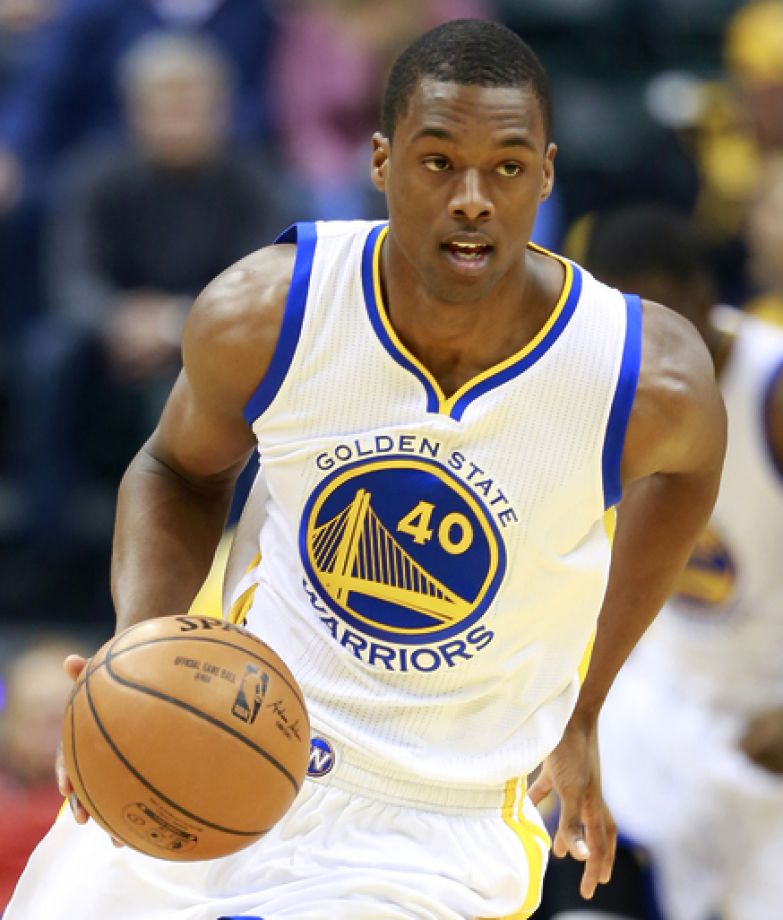 While the direction of their offseason moves remain somewhat unclear, for Danny Ainge and the Celtics, it's certainly nice to have options.

A high first round draft pick, a slew of assets and the explosion of the salary cap this summer has every fan excited about what the Celts are going to do next. Of course, when this happens, fans can get a little too excited believing that every player with a sliver of availability is headed to Boston. Odds are, Kevin Durant, the biggest fish in the free agent tank, isn't coming here. But there are realistic options that may be enticing. One of those options is still playing.

"What player out there can help you win a banner if it’s not name Kevin Durant," Scalabrine said. "I don’t think there is one. But I do think you can take a player and take the next step. I think one of those players could be a Harrison Barnes." Scalabrine was an assistant coach for Golden State during the 2013-14 season, Barnes' second year in the league.

Last October, Barnes and the Golden State brass ended talks of a contract extension, allowing the forward to become an restricted free agent this summer. Last summer, the University of North Carolina product reportedly rejected a four-year deal worth $64 million. All interested teams attempting to the lure the free agent forward should likely aim north that figure.

So what would Barnes, who turns just 24 years old on May 30, bring to the table?

Missing 16 games due to an ankle injury suffered in late November, Barnes averaged a career high 11.7 points per game. He also chipped in 4.9 rebounds in 66 games this regular season.

Standing at 6'8" tall, Barnes isn't known as a terrific defender. However, he's decent and someone who has shown his capabilities in the Warriors small ball, "death lineup." Guarding shooting guard to power forwards, his length and explosive athleticism could be beneficial defensively to a Celtics team that was among the league's best at causing turnovers.

Nonetheless, if you were to ask Celtic fans if they would rather see Isaiah Thomas toss the ball to Harrison Barnes or, say, Evan Turner for the corner three, I think we all know the answer to that.

Between players who average at least 15 minutes per game, Barnes ranked fifth on the Warriors (fourth among starters) in usage rate at 15.9 this season. So it would be interesting to see how Barnes' game would translate in what would presumably be a larger role.

As opposed to the fourth and sometimes fifth option, how will he handle being the second or third option? Given what Zach Lowe had to say in the piece posted prior to the season, at the very least, he'll handle it professionally.


Barnes gets it, and Golden State’s coaches say he has never complained — not once — about his touches.

Hilariously enough, this completely goes against a nickname that has followed him for the past few years thanks to popular tweeter @DragonflyJonez: He Think He Kobe.

He'll go from He Think He Kobe to Kobe, Jr. Or Kobe Lite. Or Diet Kobe RT @bomani_jones if barnes ever gets his handle right, man…
— Larry Beyince (@DragonflyJonez) May 12, 2013

He Think He Kobe gotta lead GS in "damn we needed that" buckets in the 4Q in close games. He's outta there. Gonna take that 80M in MIL
— Larry Beyince (@DragonflyJonez) March 20, 2016

He Think He Kobe is that dude who you kinda forget how important he is until he drops 4 buckets straight in crunchtime to lock a game up.
— Larry Beyince (@DragonflyJonez) January 31, 2016

The last two tweets point out Barnes' propensity to show up in the clutch. While he and Golden State have struggled recently as they fight to stay alive against Oklahoma City, He Think He Kobe has had huge moments in the postseason over the course of Golden State's run to elite status.


Could he do the same in Celtic green? We might see.