Eye On The Draft: Jamal Murray's strengths and weaknesses 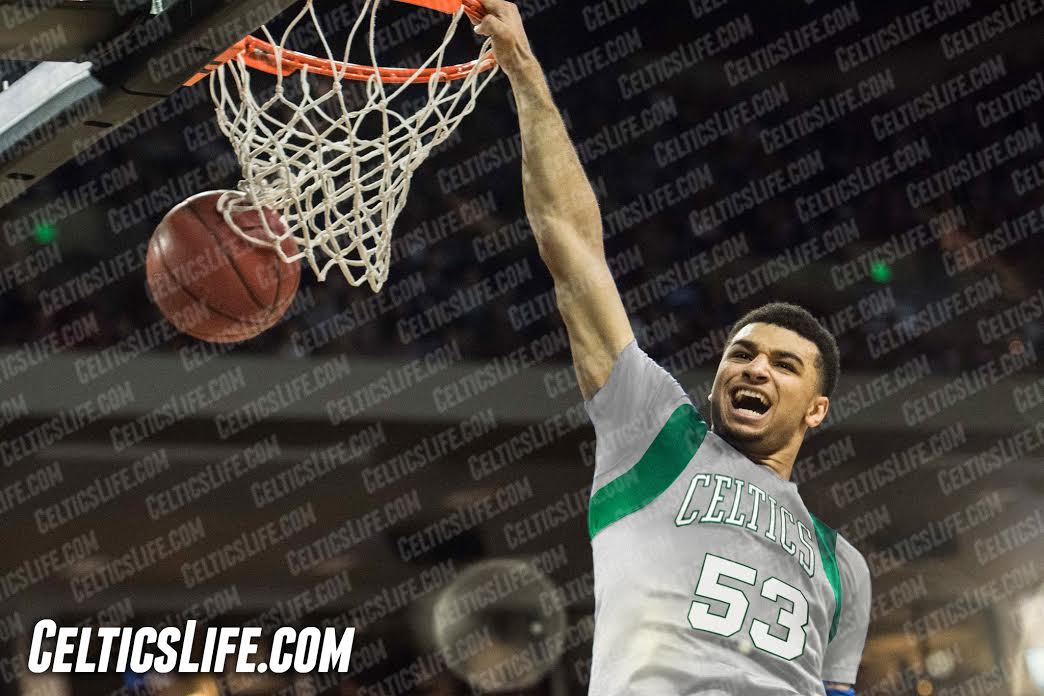 Jamal Murray is another one-and-done prospect out of the University of  Kentucky. While the Boston Celtics haven't found much luck out of their last one-and-done KU prospect James Young, Devin Booker was very impressive last season for the Suns. They hyperbole trains has even compared Murray to Steph Curry. You can't expect that of anyone, but Murray definitely has star potential. Murray and Dragan Bender probably would be the biggest swing for the fences picks at #3.

You'll hear people whine that the Celtics don't need another guard. That they need big men (like it's still the 1990's or something). Reality is the Celtics had too many big men for a great deal of last season. When they finally benched David Lee and subsequently traded him, the Celtics took off. Do we need an improvement down low? Of course, but not at the expense of picking the best player available. You can always fix the crowded backcourt issue in a trade. You can always balance out the roster via trade or free agency. Bringing in star young players is the hardest thing to do. Will Murray develop into a star? Hard to tell.

While Buddy Hield is the better player now, Murray is a few years younger and had a better age 18 year. Again, the Celtics aren't drafting the best player for 2016, but for the next dozen years. The last time we drafted for the coming year we passed on Giannis Antetokounmpo for Kelly Olynyk. Without further adieu here are Murray's DraftExpress strengths and weaknesses videos:

Jamal Murray shot 25-for-27 from NBA 3 in 2 mins in the same star drill pic.twitter.com/gjGQXC2GmM

As good as Ingram looked in those shooting drills, Murray looked even better. He rarely missed in the 90-minute workout I saw, even when he was standing five feet beyond the NBA 3-point line.

Murray's the type of player who really comes alive when the lights are on and kept pushing through repetitions of the star drill, trying to break the record for the most 3s hit in a two-minute period. He hit 22 in his first try -- just short of the record of 23, which he achieved on his second try. Then his workout partner, Dyshawn Pierre, made 24. Murray asked to go through the exhausting drill one more time and this time made 25.

How good do you have to be to hit 25 3s in two minutes -- especially when after every made 3 you have to run to another spot on the floor? In that sequence he was 25-for-27 from beyond the arc. Murray's release is quick, but it's his competitiveness that makes him especially lethal.

While scouts have compared him a lot to a young Brandon Roy, another comparison came to my mind watching the workouts: a bigger C.J. McCollum.

Personally I'm rather high on Murray. If we pass on him, it needs to be because there is a player with an even higher upside that jumps out. In today's NBA, you can never have enough good guards (or wings), so I have no reservations about a crowded backcourt. What are your thoughts on Murray?