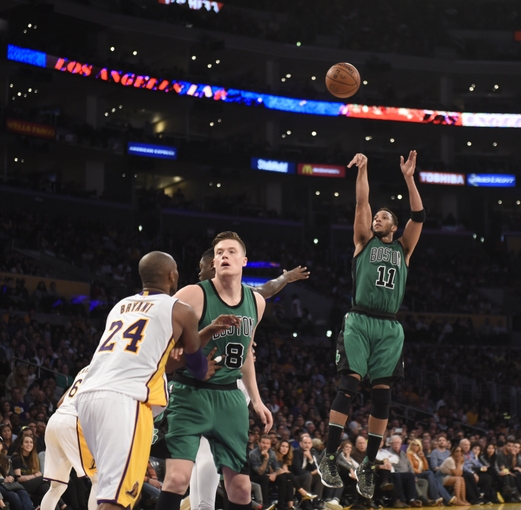 At the tail end of Sunday night's game against the Lakers at the Staples Center, Evan Turner ran off the court and into the tunnel, a towel pressed firmly against his left eye. Reports following the game were uncertain about the extent of the injury, but it didn't look great:


Turner has bleeding "in his eye," according to Stevens. Not sure the extent of the injury.
— Jay King (@ByJayKing) April 4, 2016

Turner has left eye shut as he emerges from the shower.

Bleeding in the eyeball. That seems extremely uncomfortable. Well today, the multiple doctors at NEBH confirmed via the Celtics that it was an abrasion, a little bit softer diagnosis than eye bleeding.

While there hasn't been too much chatter about his potential availability for Wednesday night's contest with New Orleans at the Garden, WEEI is reporting Turner's status as questionable. This seems like a decision that will be up in the air through Wednesday's shoot around. Hopefully Turner can get back and the Celts can have the compliments of their full rotation for the last five games of the season.