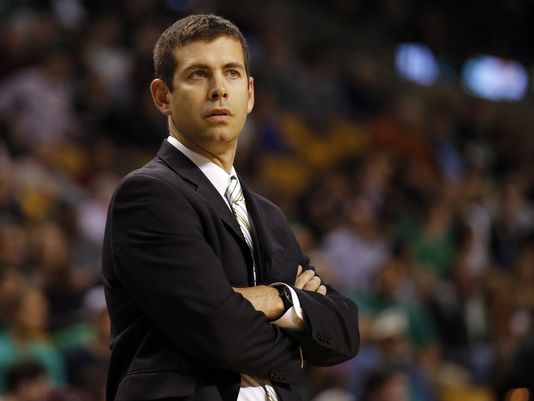 Brad Stevens is not the Coach of the Year. And he wasn't all that close.

It's interesting that voters saw so much separation between Terry Stotts and Brad Stevens. Stotts, of course, led a young Portland team that was left for dead in the preseason to the 5 seed in the West with a 44-38 record. But Stevens was his Eastern Conference counter point, leading the third youngest team in the NBA to 48 wins and the 5th seed in the East. It's hard to see why Stotts' season was that much more revered than Stevens' work with the Celtics.

Dwayne Casey ahead of Stevens was a surprise. Though Casey's Raptors made a mini-leap this year stretching from 49 to 56 wins, the team does have two All-Stars in Kyle Lowry and DeMar DeRozan. Brad Stevens taking his team from under .500 to 48 wins with one All-Star seems like a bigger step up.

There does seem like there were six contenders for the Coach of the Year honor, and for whatever reason Stevens just didn't appeal to as many voters as Clifford and Casey to bump up to that fourth spot.

This tweet basically sums up Stevens' candidacy that never really was.

Historic year for #GSW but Steve Kerr drove a Ferrari this year, while #Celtics Brad Stevens drove a Camry ... and beat the Ferrari once.

Stevens did more with less, but maybe the team's failure to get to 50 wins and the 3 seed prevented him from really resonating with the voters.

To no one's surprise, however, Stevens did appeal to a certain Celtics legend in the broadcast booth.