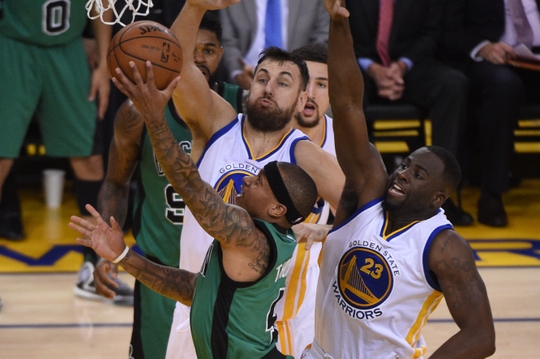 If you don't love NBA basketball after this game I don't know what to tell you, though if you follow these two teams it was destined to be epic after they went to double overtime earlier this year. In the end, Boston pulled it out 109-106 breaking the Warriors' 14-month streak of home game wins in the regular season.

The Warriors started out strong with a 9-3 lead. Boston came back and took a 11-9 lead halfway through the first quarter. It was a close game the rest of the way with Boston holding a 45-43 lead at halftime.

There were a ton of turnovers in this game, most of them coming from Golden State. Steph Curry had 9 himself while his whole team had 22.

Isaiah Thomas had a horrid start, failing to score in the first half. Then he almost had 20 points in the third. Yea, this game was that crazy.

Boston moves on to face the lowly L.A. Lakers on Sunday.