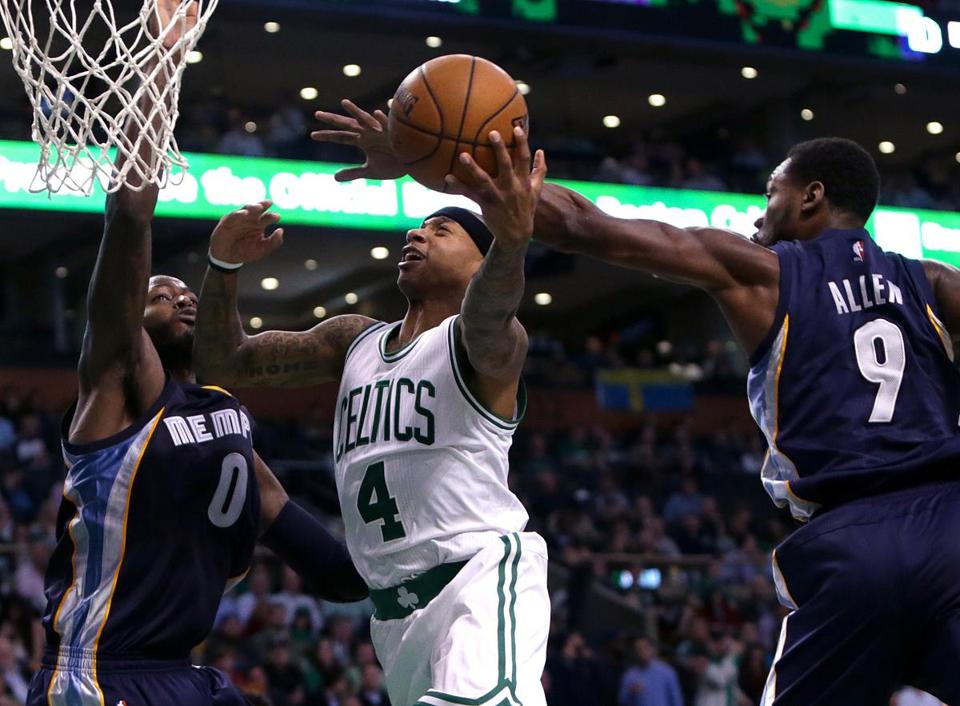 The Celtics trailed a hobbled Memphis Grizzlies team 54-51 at the half last night.

Brad Stevens was nonplussed with this effort.


Turner on Stevens' msg at half: "He just told us it was pathetic & we needed to pick it up & have some pride & dignity & defend homecourt."
— Adam Himmelsbach (@AdamHimmelsbach) March 10, 2016

Evan Turner on Celtics' comeback vs Memphis: "If we didn't snap in to a Slim Jim, it could have been a long game, you know?"
— Steve Bulpett (@SteveBHoop) March 10, 2016

Sounds like a lot was said. Or, maybe not that much was said and everyone's paraphrasing to the press?

Maybe it was a simple, succinct message that resonated. Whatever went down, it worked.

All that happened after halftime was a 31-12 third quarter outburst. They held the Grizzlies to 3-16 shooting from the field. That's 3 baskets. The whole quarter. Isaiah Thomas outscored and outshot Memphis in the third going 5-10 from the field (2-4 3PM) for 16 points.

Sure, Mario Chalmers went down with a blown up achilles 5:03 into the frame, and the Celtics went on their run with Tony Allen and Lance Stephenson as the Grizzlies primary playmakers. JaMychal Green played all twelve minutes of the quarter. Fine.

But the fact remains that Brad Stevens knows how to get the most out of this team. They had a rough first half and then ran the Grizzlies out of the building, a team that won in Cleveland two night's prior. If you think Mario Chalmers would have stopped the Celtics second half tidal wave, I respectfully disagree with you.

Earlier in the year, the Celtics would have let the Grizzlies hang around. Last night, they shut the door and invited Gino to the Garden. This Celtics team continues to build toward something.