Isaiah Thomas has a big game without scoring 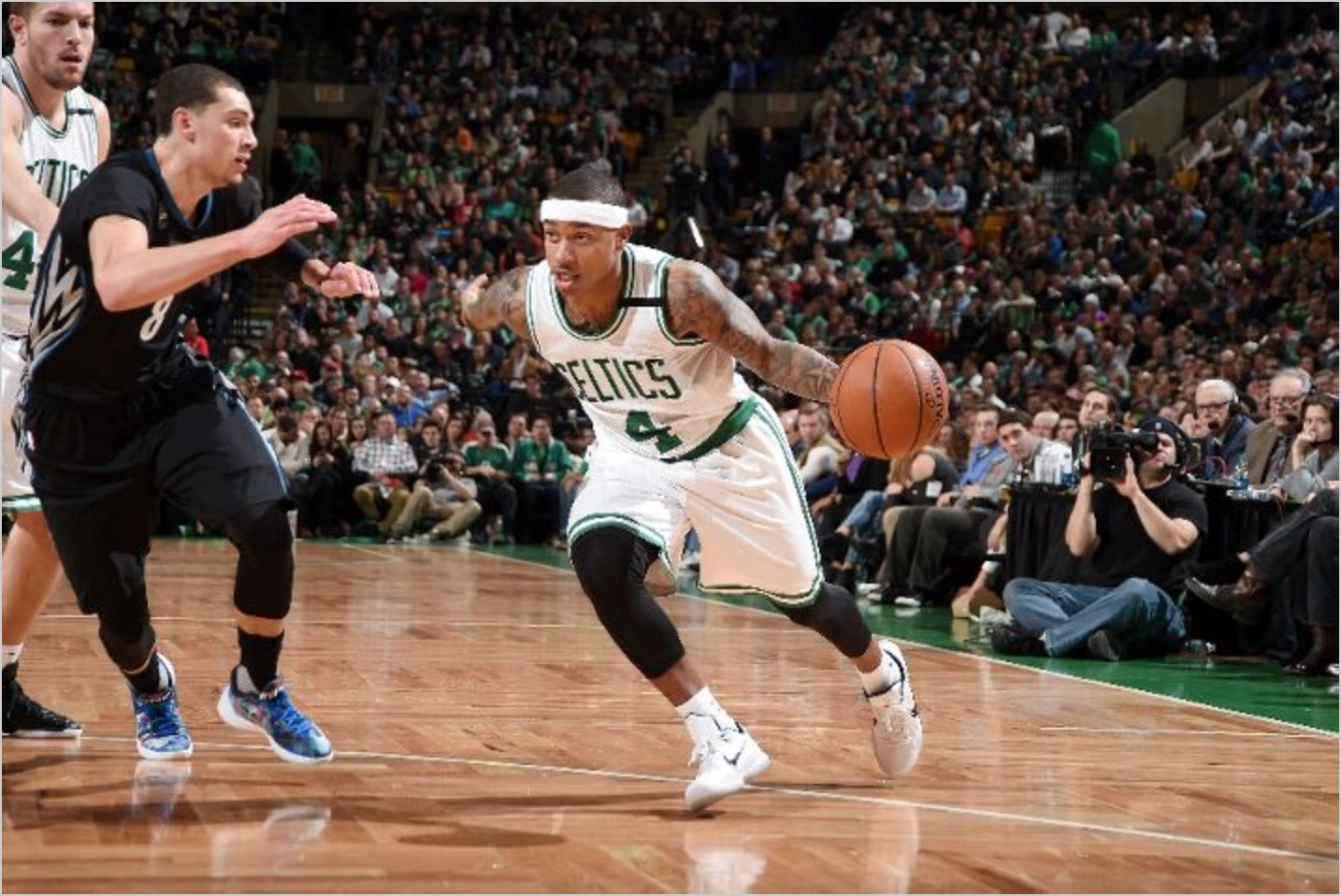 We know that Isaiah Thomas is Boston's best scorer. He has proved that he can put up 20+ points per game and put himself in the conversation as one of the best guards in the Eastern Conference. But what has set Thomas apart this year, and put him in contention for his first-ever All-Star appearance, is how much he is affecting the game even when he isn't scoring.

Last night in his team's 113-99 win over the Minnesota Timberwolves, Thomas continued to make an impact in all areas of the game. He only shot 3-9 from the field with eight points, but the former University of Washington Husky added 12 assists, a season-high seven rebounds and four steals. Despite the season-low scoring number, Thomas was able to make up for it with his passing and defense.

Over his last six games, Thomas is averaging 8.6 assists and has registered double-digit assists in three out of his last six games, something that he had done only once during the rest of the season. While continuing to lead the team in scoring, Thomas has also made a concerted effort to distribute the ball and his teammates involved.

Thomas seems to be seeing the floor better and he has shown that he can make the right pass and not solely look for his shot before anything else. Equally as important, Thomas's scoring, with the exception of last night, has not suffered in order for his assist numbers to go up. He has found a balance between scoring on his own and getting the offense started by finding the open player.

Last night against Minnesota, Thomas took full advantage of the amount of spacing that was on the floor after Kelly Olynyk stepped into the starting lineup for an injured Amir Johnson. He maneuvered his way through the defense and made the right looks throughout the game. Thomas had 12 assists, but he also only had one turnover.

Via Jay King of massive.com:

The Timberwolves did not appear particularly interested in defending the 3-point arc or the paint, but Boston still deserves credit for breaking down the defense so often – and knocking down open shots, which has been an issue. Because so many teammates roamed free, Thomas (eight points, 12 assists) and Turner (four points, 10 assists) spent most of the night facilitating. Their wise passing helped push six players into double-digit scoring.

How far can the Celtics go with Isaiah Thomas as their starting point guard if he continues to score and assist the way he has thus far? Has he done enough over the first quarter of the season to prove that he can run a quality offense?