Around the NBA 12/23: Things Celtics fans should know from last night, including a Ben Simmons update 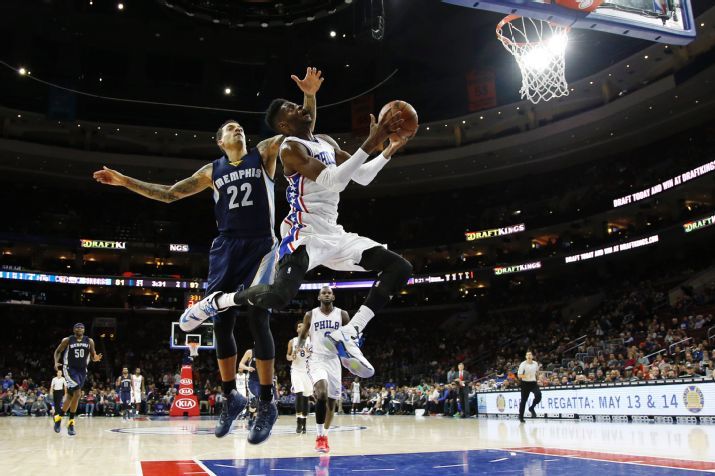 Although the Celtics had the night off, there were eight NBA teams in action last night.  Here are some things you should know, as well as an update on Mr. Ben Simmons:

1. The Nets were idle and remain 8-20, with the third-worst record in the NBA.  The Celtics own the Nets 2016 first-round draft pick.

2. The Timberwolves were idle and remain 11-17. Minnesota will convey their first-round pick to the Celtics only if it falls between 13-30.  If Minnesota's pick falls between 1-12, they will instead convey their second-round picks in 2016 and 2017.  Given the depth of the winning records in the Eastern Conference, it is safe to assume this pick will NOT convey unless they find a way to make the playoffs and they are two games back of the eighth-seeded Jazz.

3. The Mavericks moved to 15-13 with a loss to the Raptors.  They are now tied with the Grizzlies for the sixth seed in the West and are only a half-game ahead of the surging Rockets in the seventh seed.  Dallas will convey their first-round pick to the Celtics only if it falls between 8-30.  If Dallas' pick falls between 1-7, the conditional 2016 pick will become a 2017 first-round pick with the same conditions.  If the season were to end today, the pick would be conveyed and Boston would receive the 17th or 18th pick.   It should also be noted they are two games ahead of the eighth-seeded Jazz. Given the winning records in the East extend beyond the the teams making the playoffs (as of now), the Mavericks are in danger of falling into the lottery if they fall out of the playoffs, which they are only two games away from doing.

6. The Pistons beat the Heat 93-92, which, to show the volatility of the standings right now, dropped Miami from second to fifth place.  Also, just one game separates the teams in second and eighth place.

7. Jeff Green started and played 19 minutes in the Grizzlies win over the 76ers last night.  He finished 3-3 from the field with 8 points and 3 rebounds.  Tony Allen returned and came off the bench.  He played 17 minutes and finished with only 1 point and 3 rebounds, but Memphis was plus-11 with him on the floor.

8. Simmons and LSU defeated American University last night.  He played 29 minutes, went 8-13 from the field, 7-9 from the free throw line and finished with 23 points, 6 assists, 5 rebounds, 3 steals and 1 block. Please note American is 2-9.  In fact, they have only played three decent opponents this season in Marquette, NC State and Houston.  Not only is the team 0-3 in those games, but Simmons shot a combined 12-27 from the field against them and fouled out in two of the three.  What does that mean? Not sure, but maybe Celtics fans should relax and take a step back before proclaiming the drafting of Simmons as the easiest way to a championship.

WHAT'S ON TAP FOR TONIGHT?

We have a very busy night!  Almost the entire Eastern Conference playoff race is in action, as well as the teams who make a difference in the Celtics draft pick allocation.  BALL NIGHT!