Would the Celtics bench beat the starters? 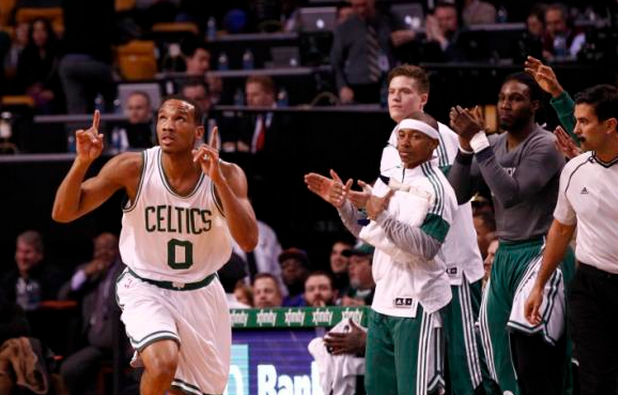 It's a question you'll probably hear many times once the season kicks off later this month: Is the Celtics' second five better than their first five?  We don't yet know who Brad Stevens will go with (and don't be surprised to see his lineups change several times), but it's fun to speculate.

Hypothetically, let's say these are his starters:

And this is the second unit:

Which five looks better?  If they played head-to-head 100 times, it wouldn't surprise me to see 50 wins for each.  Now before everybody starts going nuts in the comments section, here are a few things I am aware of:

- Lee and Sullinger probably have better chances to start at PF than Olynyk, but Lee seems like the most capable SF of the three.  I drew it up this way to make the size even out.

- In reality, there isn't a first five and second five, but I think these are the top 10 players in Stevens' rotation (with Jonas Jerebko 11th).

- A true second unit lineup would likely include Terry Rozier in the backcourt and Turner at SF.  However, in that scenario one of the five bigs (who all have to play somehow) is left out.

- I expect both Jerebko and Rozier to crack the regular rotation.  Barring a trade or injury, Stevens will have to find minutes for 12 guys.

- R.J. Hunter, James Young, Jordan Mickey, Perry Jones: I didn't forget about them, but for now, they're relegated to garbage time and/or the D-League.

What does this all mean?  Hopefully the C's will dominate games when both team's benches are on the floor.


Thanks to Ben Rohrbach at Yahoo's Ball Don't Lie for putting this idea in my head.
Photo via Mark L. Baer-USA TODAY Sports