Vegas lines are in, will the Celtics hit the over? 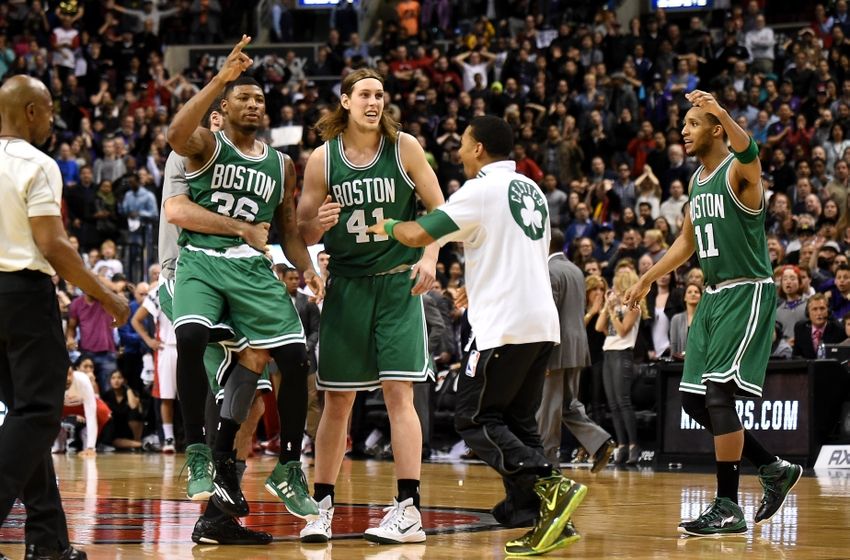 Vegas has spoken. The Las Vegas Superbook at the Westgate has posted its over/unders for season long win totals, and they've put the line on the Celtics at 42.5 wins. The sports book's figure suggest they believe the Celtics are in for a modest bump up in wins from last year's 40-42 campaign, and their 42.5 mark is even with the Indiana Pacers for eighth highest in the East. Analysis from Matt Moore at CBS Sportsline is slightly ambiguous:

This effectively slots them into a tie with Indiana for the 8th seed in the East. If you buy into their progress last season in the second half of the year as sustainable, this is an easy over. I like the under because there are a lot of ways for this team to go sideways, and it's overall still a young team. It's mostly a stay away, however.

It's a line that kind of makes perfect sense. Celtics fans are hopped up on Brad Stevens' ability to build on last year's success, but enterprising sports bettors may think the young Celts overachieved last season and will regress or stay even in 2015-2016. There should be action on both sides of this one, with the public probably focusing their gambling efforts elsewhere. But wait a second, aren't the Celtics this year's Hawks? Atlanta had way more than 42.5 wins last year. Sign me up for the over.

Taking a look at the rest of the Eastern Conference, Vegas seems to be anticipating a bit of a logjam after the Cavs (56.5). The Bulls and Hawks (49.5); the Heat, Raptors and Wizards (45.5); the Bucks (43.5); and the Celtics and Pacers (42.5) all find themselves with lines in the forties. Then there's a steep drop to Detroit (33.5). Essentially Vegas sees the East as the Cavs, a clump of eight teams fighting for the remaining seven playoff spots, and then a cluster of teams destined for the lottery.

Speaking of the lottery, don't the Celtics have some extra first rounders this year? Yes, they do. And Vegas doesn't see the Brooklyn Nets or the Dallas Mavericks as a playoff team. The Nets' line of 28.5 is the second lowest in the East, which is not a compliment. Across the league, only the Sixers, Nuggest, Wolves, and Blazers have lower over/unders than the Nets. That's good news for the Celtics' hopes for a high lottery pick next June. Meanwhile, the Celts receive Dallas' pick as long as it's not in the top 7. And Westgate pegs Dallas for 38.5 wins. That's exactly what the Celtics are hoping to get out of Dallas this year: a team that's not good enough for the playoffs, not bad enough to keep their pick.

Overall, plenty of reasons for optimism this year between the Celtics own prospects and the hopes of cashing some lottery tickets come June.