Who was Rudolph Edwards? 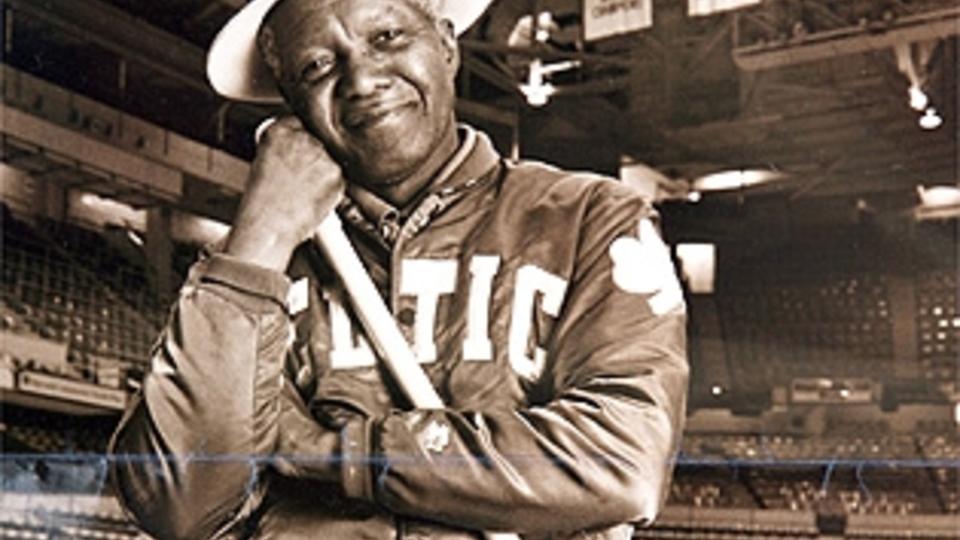 Rudolph "Spider" Edwards is a name not a lot of Celtics' fans today may remember.  He never scored a basket or coached a game but for 33 years he was a fixture at Boston Garden sweeping the famed parquet floor.  Known as much for his flair in pushing the broom as for his green Celtics jacket and fedora, Edwards was a staple in Boston and took as much pride in his job as the Celtics' players did in theirs.

Originally from South Philly he came up to Boston with a love for the Celtics and the Boston Braves.  And in 1964 he began working at the Garden.  He stayed through to the new building through 1997.

He was quick to correct the misconception of why he ran his broom over the floor:

People think it's because the players sweat, but that's not the main reason.  Most of all, it's the dust that keeps coming up from the subfloor.  All that pounding.  All that dust.  You have to keep after it.


I distinctly remember learning about Spider on November 28, 1990 when the Celtics contest vs the Hawks was postponed midway through because of condensation on the floor.

In September of 1996 when old Boston Garden items were being auctioned off, Spider's old broom went for $1600.

John Havlicek, Dave Cowens and Larry Bird all knew who Spider was.  And now, you do too. 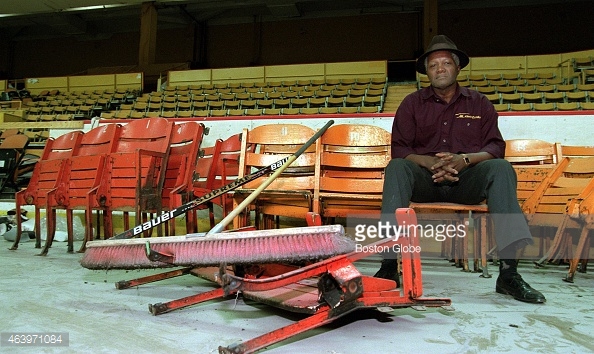