What the Hell Happened to...Thomas Hamilton? 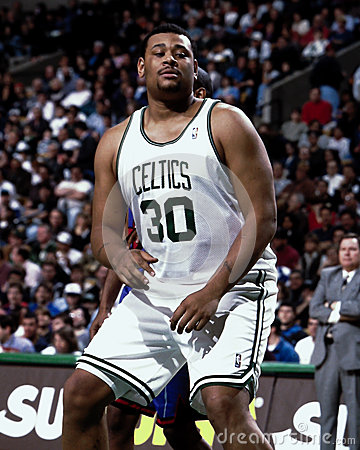 "I know it's a great opportunity to go to the NBA. But I really think college is needed. It's another step up from high school and gives you time to really get down and do what you have to do, the things that prepare you to be here. And for things if you can't get here.  If I had to do it all over again, I would have stayed in college."- Thomas Hamilton, Boston Celtics' center, 5/3/96


He is most remembered for forming one of the most imposing front lines in high school basketball history (along with Rashard Griffith) at King High School in Chicago.  Unlike Griffith, (which still shocks me) he actually played in the NBA.  The Celtics were among a handful of teams optimistic they could sway him into fulfilling his vast potential.  If you followed the Celtics back in the 1990s, you absolutely remember Big Ham, Thomas Hamilton. 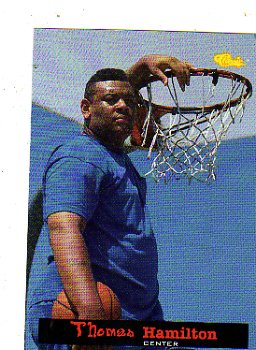 After dominating in high school, the aforementioned college Hamilton had enrolled at was the University of Illinois.  But his poor grades made him ineligible to play  He then tried his luck at the University of Pittsburgh but was homesick, unfocused and left there too.  I totally remember that card of him standing next to the rim to the left.  It was mythic, since I knew he was such a big guy I had always thought it was amusing they tried to depict him as if he was almost 10 feet tall.  But the legend of him grew and I kept him in the back of my mind.

In 1994 he declared for the draft.  17 teams sent guys to watch his workout which was disastrous.  As Celtics' assistant coach at the time Jon Jennings said:

He weighed 400 pounds and left everyone shaking their head. 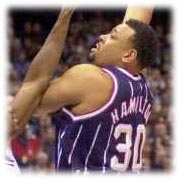 After not being drafted, he originally had an opportunity with the Raptors and Isiah Thomas, who was close with Hamilton because of their Chicago-ties.  When it didn't pan out in Canada, I had a hunch ML Carr could make a play for him.  And when the Celtics signed him, I immediately remembered the name and the basketball card, and was instantly stoked.  The one statement they consistently used to make back in the day was you "couldn't teach height" (of course now it doesn't really matter how tall you are).

Jennings at the time shared my mentality and was upbeat with the Hamilton acquisition:

"I've been told by some in the NBA his skill level is close to that of Shaquille O'Neal's.  I haven't seen that. Shaquille O'Neal is very self-motivated. Thomas Hamilton has unbelievable skills. He has one of the softest touches for a big man I've ever seen, unbelievable hands, shooting range similar to (Portland's Arvydas) Sabonis. The question for Thomas is whether he wants it or not, whether he wants to pay the price." 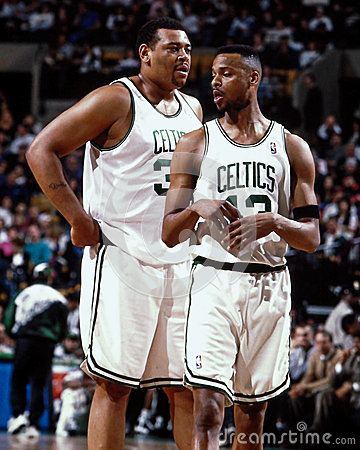 Jennings did his part, working with Hamilton religiously on his cardio workouts as well as helping him with basic things in Boston like finding a place to live.  But it didn't pan out.  Though they signed him in November of 1995 he remained on the injured or suspended list up until March. He then played 11 games during that 1996 campaign with the Celtics before they waived him in June of 1996.  His best performance was undoubtedly against the Bullets on April 10th when he scored 13 points and grabbed 6 rebounds in 12 minutes.

I was disappointed it didn't work out for him.  Back in 1996 despite a few down years, I was hopeful he would pan out and the Celtics would've found a diamond in the rough, like they did in the past.  From all accounts his conditioning was always his Achilles' heel.

After being waived by the Celtics he had multiple other opportunities, including signing on with the Bulls in both the Fall of 1996 and 1997, only to be waived before appearing in any regular season contests.  He also had a similar stint with the Heat.  His only other actual performance in the NBA came during the 1999-00 season when he played 22 games with the Rockets.  In Houston, he started 7 of those games and seemed to be given every opportunity by coach Rudy Tomjanovich to turn the corner.  Until this:

In a peculiar exchange with his coach after the team had lost its seventh straight road game in Sacramento, Hamilton reportedly dared Tomjanovich to cut him. Hamilton, 24, had been upset over diminished playing time in recent weeks, and even initially refused to go into Tuesday's game with four minutes left until Tomjanovich all but kicked him off the bench and onto the court.

Once in the game, by all accounts, Hamilton displayed little interest. According to the Houston Chronicle, Tomjanovich called a timeout and asked him, ``Do you want to play?'' Getting no response from Hamilton, he said, ``I asked you a question.''

After the game, faced with the possibility he would be released, Hamilton said to Tomjanovich in front of stunned teammates, ``Do what you have to do.''

Rudy T waived him.  And other then some Chicago summer time games during the offseason in 2001 along with Antoine Walker when Michael Jordan was making his second comeback, he was never heard from again.  He did have one last shot with the New Orleans Hornets, who signed him in the Fall of 2002, but did the same thing Chicago and Miami did before: waive him before he had a chance to appear in the regular season. Hamilton never played in an NBA game again.

The skill was there.  Always was.  The conditioning, he admittedly struggled with. And then there was the height.  I'd seen Hamilton listed anywhere from 7'1 to 7'4.  His basketball-reference page says he was 7'2. But look at the size, for yourself.  Watch the clip below and him going up against Garnett and Gugliotta.  He dwarfs those guys!

Although there was a ton of hype for that King team, one person who saw through the transparency of Hamilton back then, and received quite a bit of abuse on it, was Taylor Bell, the former writer for the Chicago Sun Times who questioned Hamilton's dedication and focus:

Hamilton? Early on, I recognized he was a one-dimensional player who was being touted by scouts and others as a great prospect because he was a 7-footer who could shoot threes from the corner. I never could understand how they rated him so highly because he had so many deficiencies that soon became apparent to one and all. Yes, he could shoot threes from the corner while Griffith did the heavy work under the boards. But Hamilton never worked up a sweat in his life and never was in shape. He couldn't get up and down the floor on a fast break before wearing out and being taken out of the game for a rest. Eventually, even the NBA scouts realized he was all about nothing.  I came under a great deal of criticism from the black community because I dared to be critical of Hamilton. And when he signed with the Celtics, they ripped me a new one. But I said the Celtics had been hoodwinked, that they saw something that wasn't there and, sure enough, Hamilton came through. He was a "never was." He never worked hard enough to achieve success at the next level. 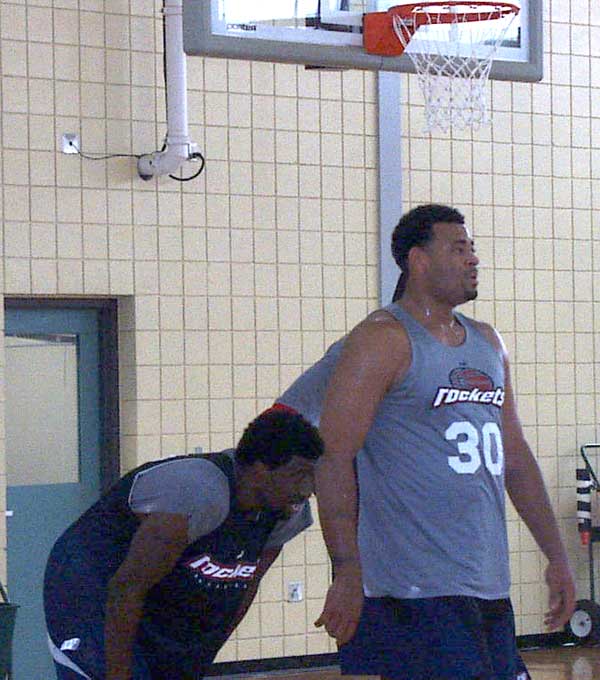 Count former Rockets' forward (and Brad Lohaus-lookalike) Matt Bullard as having a similar opinion, after the Rockets waived him:

``It's too bad he chose to do that.  He's got some skills we can use. But if (he's) not with the team mentally, you can't have that kind of player around. He had a great situation if he worked hard. It's just weird -- one of the strangest situations I've ever seen.

Today, Thomas' son Tommy Hamilton Jr is a star at DePaul, was great friends with Jabari Parker growing up and will likely get drafted and play in the NBA himself.  However Thomas Sr played no role in his sons' upbringing. At 6'9, Jr he isn't quite as tall as Sr but has shown a lot of his similar talents of passing and shooting while playing.  Word is he's more committed than his father was.  Expect his name to be called out during the NBA draft next season.  Here's some highlights of him.

As for Thomas Sr?  The latest information gathered on him is that he's a bouncer at a club in Chicago.  And this is where this WTHHT gets fun!

**Contest Alert**  If anyone can prove what club Hamilton is bouncing at in Chicago you will win a free t-shirt courtesy of CelticsLife (US residents only).  A picture of proof would be the very best way.  Please respond in the comments below and we will correspond with you and mail you the free prize.

CelticsLife thanks Greg Greenwell, the Director of Athletics Communication at DePaul University and Adam Doster from ChicagoSide in their help at providing Thomas' whereabouts.