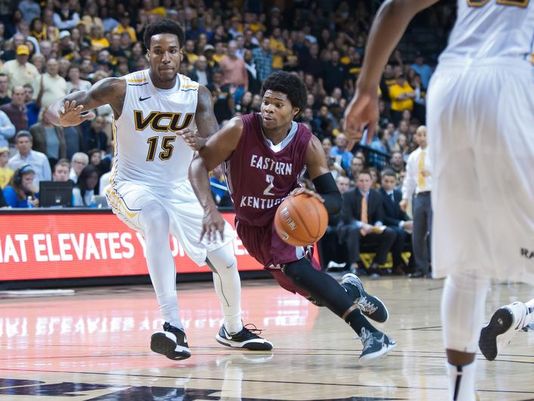 Eastern Kentucky standout Corey Walden, who struggled through Boston's summer league with a hamstring issue, will be joining the team for training camp according to Eric Pincus.

The Celtics signed Walden to a two year deal at the league minimum on Tuesday, guaranteeing him $25,000 and a chance to shoot for a roster spot when camp comes around.

CSNNE's A. Sherrod Blakely had pushed across news of the signing back on July 25.

While there is unlikely to be room for the 22-year-old Walden on the already packed Celtics roster, this deal likely ensures the intriguing young prospect will have a spot with the Maine Red Claws this year once training camp wraps up. At 6'2", 189 pounds Walden made huge strides in his senior year at EKU averaging 18.8 points, 4.0 rebounds, and 3.8 assists per game.

The C's will have a strong youth showing at training camp this year as the rebuild enters its third season, 20 players are able to attend with four allowed to pass on to Maine afterwards. With 16 guaranteed contracts on the team right now, as well as Walden and the recently added rookie Levi Randolph out of Alabama, Boston can compile two more prospects before camp opens up.

How the Celtics handle their jammed roster will certainly be a major story to follow this fall, 16 guaranteed contracts need to be cut down to a 15 man team when the season begins. For now, it looks as though the Maine Red Claws will have a surge of young talent on display this coming season.