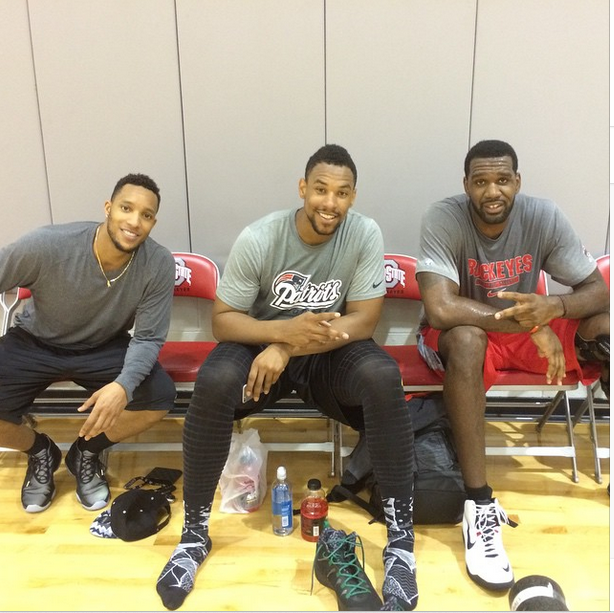 Admittedly, I haven't done a ton of research on this - but above, appears to be Celtic teammates and former Buckeyes Evan Turner and Jared Sullinger alongside who I believe to be long time Ohio State janitor, Bob Sheffield. Sheffield appears to be a kind man. Sure, he had some dark days in his formative years, but he's rehabilitated himself, dedicated his life to the kids, and now he's getting a little bit of a 'thanks' from two former players.