Celtics past and present campaigning for Isaiah Thomas as 6th man of the year, will he win it? 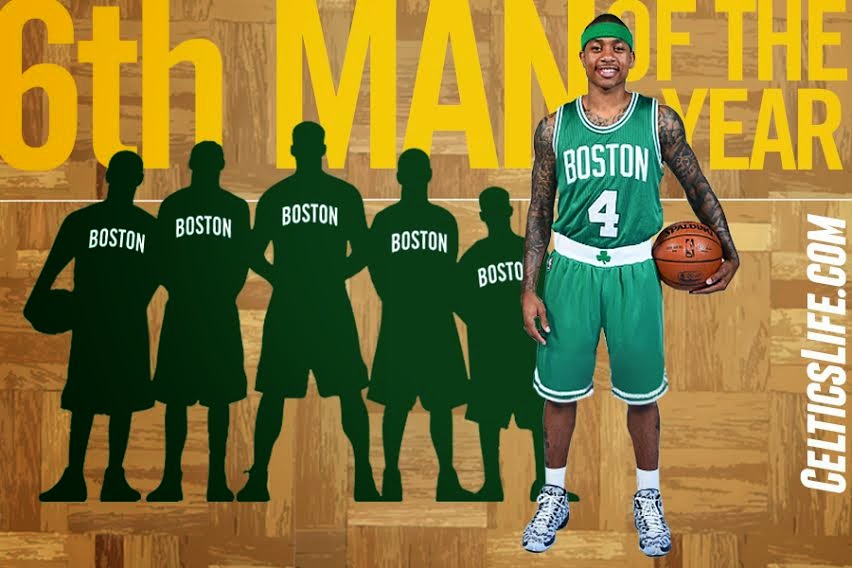 
Jared Sullinger is on board, and has been for a while:


Former Celtic Kenny Anderson (who's pumped about Boston being in the playoffs) is on the IT4 for 6th man bandwagon as well:


Here's a screenshot from NBA.com of the top three scorers coming off the bench this season, minimum 60 games (click to enlarge):

In a Sports Illustrated poll, only one of six writers (Lee Jenkins) gave the award to Thomas.  Isaiah clearly has the best numbers, but that's not all that comes into play.  Grantland's Zach Lowe (who ranked him second behind Lou Williams) explains the case against Thomas:

Thomas has probably outperformed Williams on balance, but it's hard to give the top spot to a guy who contributed enough to chemistry issues that Phoenix traded him for a future first-round pick.


It's a reasonable argument, and Thomas' averages of 19.0 points, 5.4 assists and 5.6 free throws in just 21 games for Boston may not be enough to convince voters otherwise.  The Celtics went 14-7 with Thomas in the lineup--although they also went 4-2 in the six games before acquiring him, and 6-3 afterwards in contests he missed.

My guess is Isaiah get's snubbed.