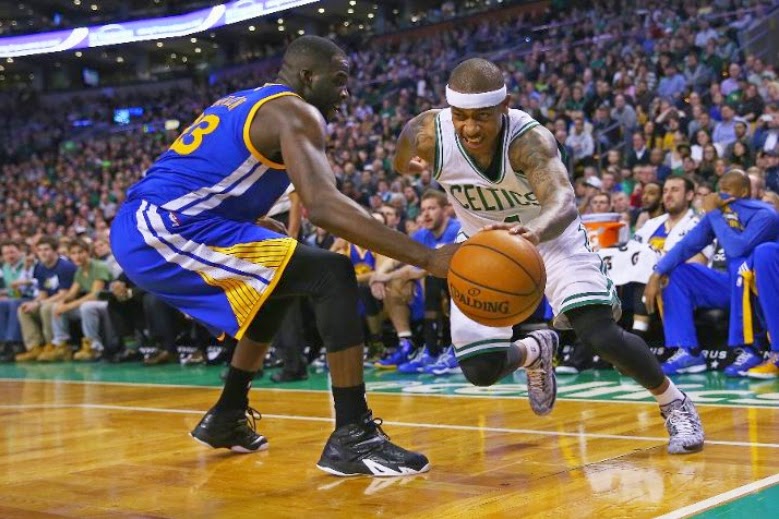 Think about it. Wouldn't playing hoops be much more easy if you could simply tuck the ball under your shoulder and barrel towards the goal?

Instead, players are forced to continually pound the ball to the floor and dribble when navigating the court. Can you imagine how much harder most things in your life would be if you also had to repeatedly and simultaneously dribble a ball?

Nevertheless, as Kevin Garnett might say, "it is what it is".

At least for most people.

In a piece by Adam Himmelsbach in the Boston Globe, Kerr is reported as even outing his most valuable player, guard Stephen Curry, who Kerr says is one who also sometimes carries the ball.


Using the "it's not illegal because I didn't get caught" defense, Isaiah continues:

“If they’re not going to call it, I must not be doing something wrong,” he said. “If they call it, I’ve got to make adjustments.”

Time will tell whether Thomas's manner of dribbling is considered an offense to the officials, but one things remains certain. In his short stint in Boston, if not the ball, Thomas has at least carried this team in a manner that is completely above reproach and may just crossover their fortunes to a successful drive to the playoffs.