Phil Pressey making the most of his latest opportunity 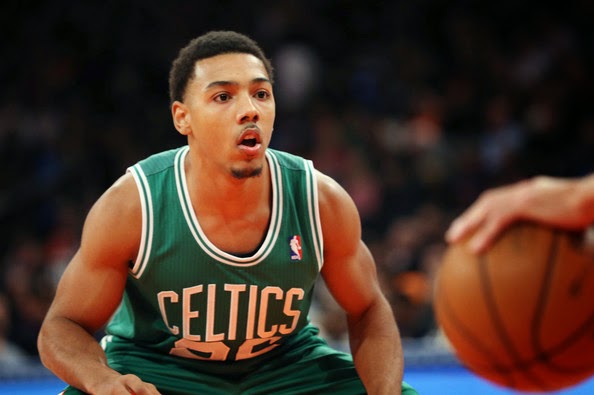 Give Phil Pressey credit for not letting long stretches on the bench affect his performance. Pressey hasn't had many chances to take the floor for the Celtics since Isaiah Thomas came to town and started lighting it up last month. Of the 10 games that Thomas has been in the lineup, Pressey has played in only two, but after Thomas suffered a bruised back during Monday's win in Miami, the second-year point guard has had his number called again.

On Wednesday against the Grizzlies, Pressey was fairly quiet, connecting on just one of four field goals, all three-pointers. But in Friday's comeback win over the Magic, he put together his best game of the season, recording the third double double of his career with a very efficient 10 points on 4-for-5 shooting, 10 assists, four rebounds and two steals in 27 minutes, providing a much-needed spark off the bench to complement Evan Turner's big second half.

Thomas will miss a third straight game when the Celtics face off with the Pacers in Indiana on Saturday in yet another game with direct playoff implications. With Thomas injured and James Young seeing little playing time of late, the Celtics' backcourt has gotten less crowded, so expect Pressey to again get the call as Marcus Smart's backup — and expect him to bring the effort as he always does.