How Gerald Wallace's 'vintage' alley-oop came to be 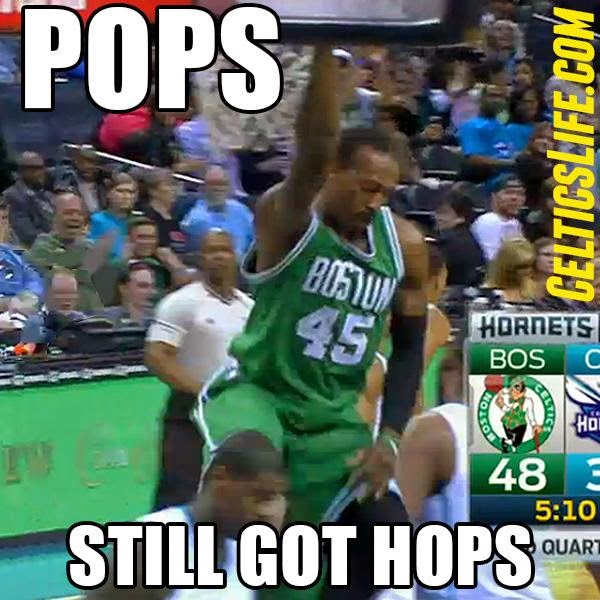 Brad Stevens spoke last night about his decision to give Gerald Wallace significant playing time in the Celtics 116-104 win in Charlotte:


Wallace himself clearly had a feeling he could turn back the clock in his old stomping grounds, calling for an alley-oop from Avery Bradley midway through the second quarter:

Afterwards Wallace implied he wasn't 100 percent certain he could pull it off, calling the dunk a "heat-check":

Gerald Wallace on sorta passing up a 2nd slam for a layup: "I’m taking it baby steps. One dunk at a time.”
— Adam Himmelsbach (@AdamHimmelsbach) March 31, 2015


Bradley added his take as well:

Avery Bradley on Gerald Wallace: "I’m happy that he’s on my team and I have somebody that goes as hard as he does."
— Adam Himmelsbach (@AdamHimmelsbach) March 31, 2015


In addition to his monster jam, Wallace pulled down five rebounds in 15 minutes (as many as Hornets' All-Star Al Jefferson had in the game) and grabbed two steals.