C's game at Indiana on Saturday will be nationally televised 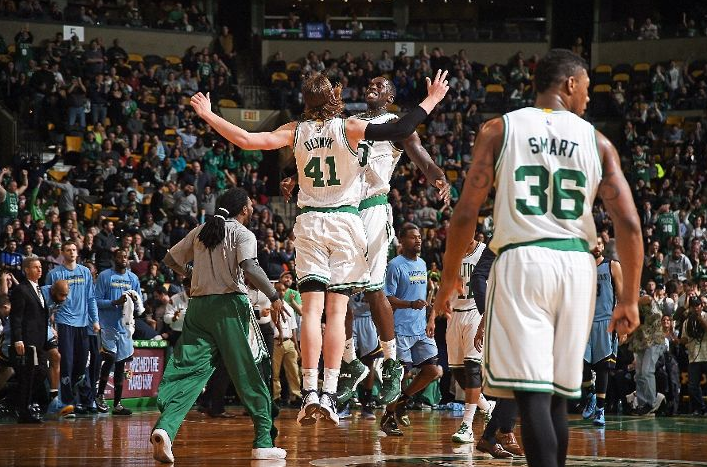 Could the league be catching Celtics fever? Or is it just possible that NBA TV wants to showcase the hottest team in the Association, the Indiana Pacers, who are 9-1 in their last 10 contests? Whatever the reason may be, the fact remains on Saturday night, the C's will be on national television for the first time all season:

The #celtics-#pacers game on Saturday night will now be telecast on NBA TV. #kings-#wizards game has been dropped.
— gary washburn (@GwashburnGlobe) March 10, 2015

Move over Paul Pierce and the Wizards, the boys from Boston are all about that spotlight right now. Brad Stevens and his crew are 7-3 in their last 10 contests and 1-1 against the Pacers this season, including a 107-103 loss in Indiana on January 9th.

The 10th place Celtics are currently two games back of Indiana for the seventh-seed in the Eastern Conference.

Rob Welch3/12/2015 04:05:00 PM
Share
Rob Welch
I have been a die hard Celtics fan since birth, even though I don't really want to talk about the ML Carr/Rick Pitino Eras but I will if necessary.
Newer
Older