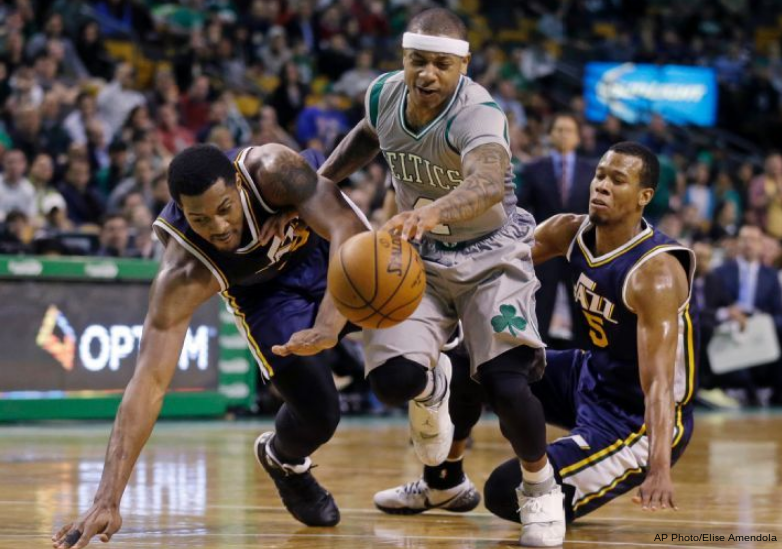 Here are a few stats from the Celtics dramatic 85-84 win over the Jazz last night:

Those don't sound like numbers that would normally add up to a victory, but they did because Boston only turned the ball over three times.  Bradley had one, Isaiah Thomas had one, Tyler Zeller had one--and that's it.

It was the only time all season that an NBA team has finished a game with so few turnovers.  But even more significant than that, since the league started keeping track of turnovers in 1970-71, it's the fewest the Celtics have ever had:

Updated from Celtics, the 3 turnovers are the fewest in franchise history since NBA started keeping such records.
— Mike Petraglia (@Trags) March 5, 2015


Brad Stevens' club has been exceptionally good at taking care of the ball recently.  Check out this stat, which came before last night's effort:

Boston is actually leading the NBA in fewest turnovers per game since February 5.  Going back to their win over the Sixers on February 6, the Celtics are averaging a league-low 11.3 turnovers spanning their last 11 contests.