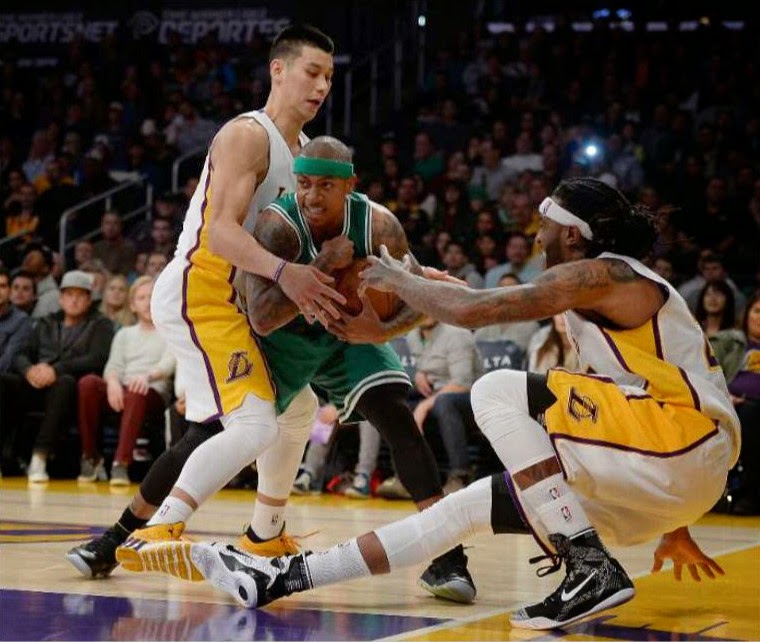 Hours before the Boston Celtics took the court against the Los Angeles Lakers last Sunday, I found myself watching a few episodes of a show called Forensic Files.

One of the show's featured stories was of a man who was wrongly sent to prison for six years under suspicion of having murdered his wife.

He was happy to have eventually been released once his name was cleared, but there was no way to get that season of his life back.

Later that night, newly-acquired Celtic Isaiah Thomas found himself victim to his own temper and what to any discerning viewer would determine to be some contemptible officiating. Charged with a technical foul, he found himself quickly charged with another, a sort of unappealing "and one" from the official. He was thrown from the game.

After much justified groaning from Celtics fans and administration, we have now learned that the foul has been rescinded by the league.

Of course, Boston may likely have gone on to defeat the Lakers if it had retained the services of one of its more talented scorers, but the league cannot give that back. Instead, the NBA has done what it can in releasing Thomas of the responsibility of a financial fine and removed a technical from his season total.

Seemingly resigned to the reality of the situation, Thomas expressed appreciation for not having to add insult to injury by paying for something he did not deserve.

As reported by Chris Forsberg: "Isaiah Thomas on whether tech rescind came too late. 'Not with the money. It's definitely not too late with that.'"

How should fans feel about this? Well, we can be angry it was ever called in the first place, which will likely only increase the probability of developing a brain aneurism, which league action cannot correct.

As unfortunate as it is that the foul was called that knocked Thomas from the game, the greater transgression would be for the NBA to puff out its prideful chest and ignore that it was a problem in the first place.