So the Celtics will make the playoffs, and have a better chance to reach the Finals than OKC? 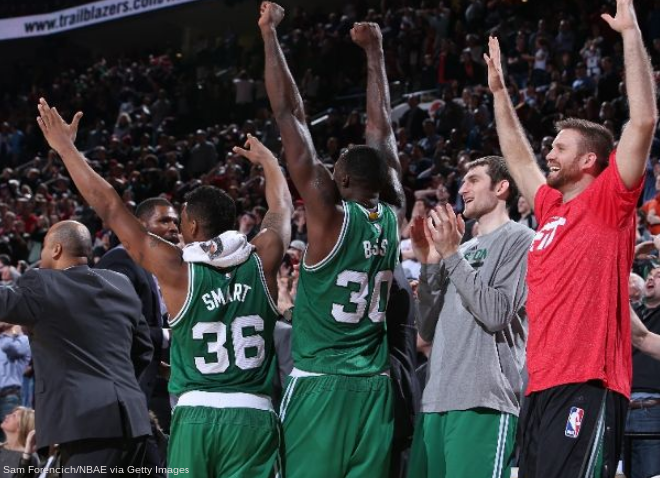 In the midst of an improbably successful six-game road trip, as of this moment the 16-27 Celtics are in 10th place in the Eastern Conference, just two games back of No. 8 Charlotte.  It may be time to consider the postseason a very real possibility.


According to ESPN's John Hollinger playoff odds, the Celtics are projected to finish 36-46 and capture the conference's eighth and final postseason spot.  Hollinger gives Boston a 44.5 percent chance overall to qualify for the playoffs.

However, it's worth mentioning that Hollinger's numbers are an extremely inexact science and can often be quite perplexing at times.  For example, as noted by radio play-by-play man Sean Grande, Boston's odds of making the Finals are 1.1 percent, higher than the Oklahoma City Thunder's 0.8 percent.