Paul Pierce suggests turning game off to get "game" on 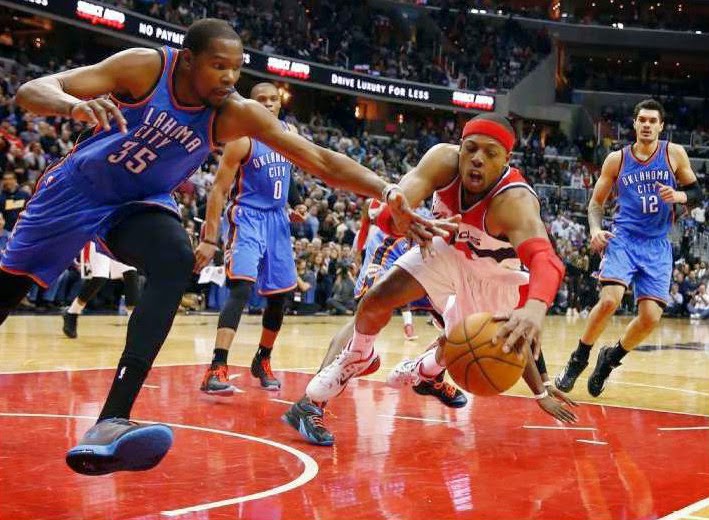 For those of us who have spent decades watching NBA basketball, it often strikes us the frequency of gentle pleasantries among members of opposing teams.

It is no rare sight to see a center drop a shooting guard in mid-flight only to offer him a loving hand of reconciliation. We have all seen the offensive display of a small forward joking mid-game with his defensive assignment, or a hoard of next-generation athletes who seem to lack any evidence of a passion to win, engaging in everything short of affectionately spooning before leaving the court.

NBA veteran Paul Pierce, a man of 37 years, was recently asked about this lack of competitiveness among the younger herd.

Paul Pierce says new NBA players not as competitive as their predecessors. Why? “Computers. They play NBA2K instead of going to the park.”
— Baxter Holmes (@BaxterHolmes) January 27, 2015


Now I believe it is important treat others how you wish to be treated and to respect your common man, but sports are set up in such a way as to foster competition, a format which should often incite aggressive emotions among competitors.

Pierce suggests that formative years spent mixing it up on playgrounds would better prepare future ball players to cultivate a requisite level of "nasty" that might earn them a few Tommy Awards.

Perhaps his theory has validity. Maybe we need to send our kids outside to play if there ever be any hope that a future NBA player might cast off his Halo and answer his Call of Duty by summoning up 48 minutes of the Resident Evil necessary to carry his team to victory.

Also makes me wonder, with Evan Turner's recent thumb injury, if both his real and virtual basketball games might be negatively affected.