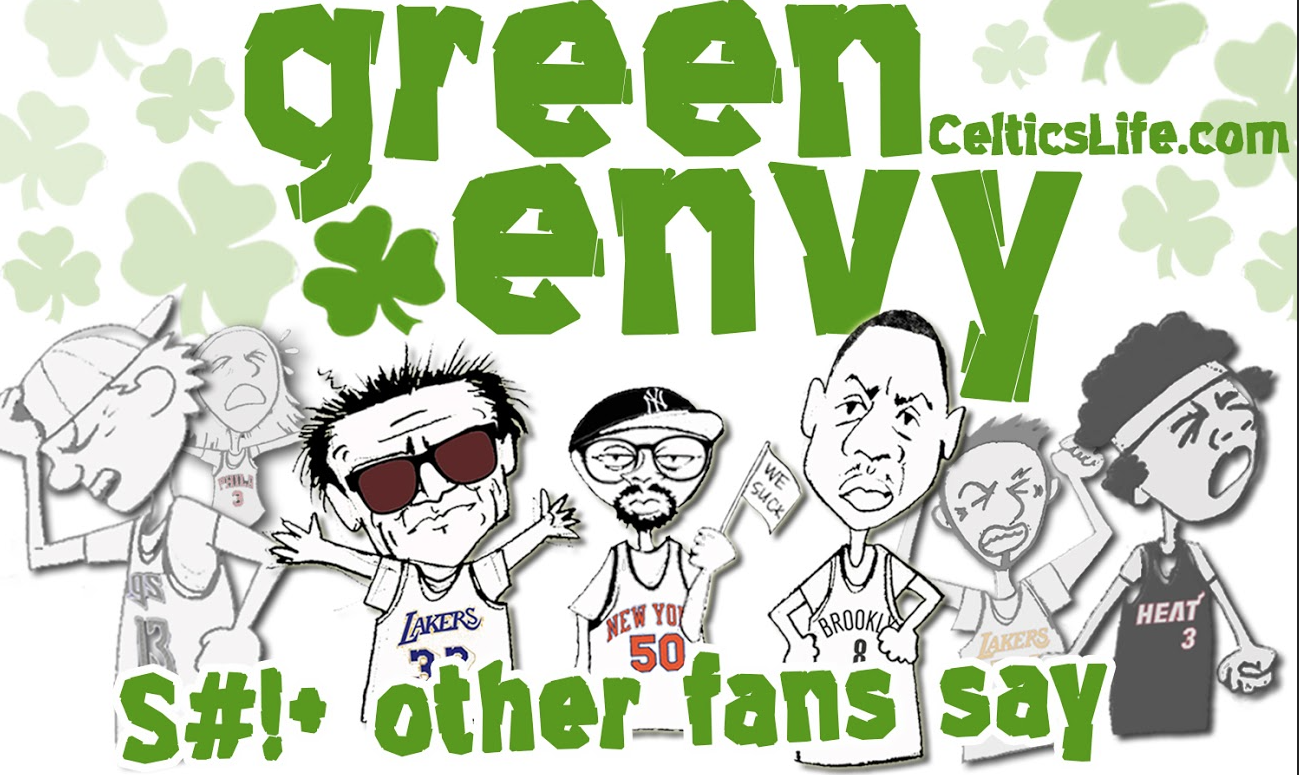 Well that was a heart attack waiting to happen. The Celtics soared out to a 55-31 halftime lead, then in the blink of an eye almost blew it by getting outscored 35-16 in the third quarter. But eventually the good guys won and the Jazz fans went home angry. On a side note: Is there a funnier looking bunch than the Jazz? Some odd looking eyebrows on Enes Kanter, a sweet Super Cuts style bowl cut on Gordon Hayward, and then there's Joe Ingles. How is this guy a professional basketball player? He has spaghetti arms like Doug Funnie. Eat a carb man!!!

But back to the game. Let's see what Jazz fans had to say:

1) I would take Exum over Smart any day.

3) I can't tell if this Boston commentator is calling him Haywood......or if he's just from Boston and doesn't have an R to give

Play of the Game: (What a game from Tayshaun)

Prince with his best game in 9 years.

I thought Mormons were nice: I hope the crowd boos them off the floor

What an embarrassing product to put on the floor

This is ugly to watch

god our offense is terrible

This is the same squad that just won by 35?

Jazz gameplan: Turnover, give up wide open 3, rinse and repeat.

What the hell is happening?

They all played pretty hard I think, Exum didn’t seem like he was really trying and Favors wasn’t aggressive enough. Trey didn’t try playing any D.

Oh weird a Patriots joke: My eyeballs are bleeding and they aren’t deflated either.

"haha Hayward is so clutch NOT"

Stevens running out the 40 and over lineup with Prince and Wallace, lol

How does one take 20 shots in 18 minutes with the kind of average Trey has? or better yet how is one allowed.

shutting down PG's is one of the few things Celtics do well. Smart/Bradley get after it

We sucked all first half. Celtics still have a quarter to suck

No Love for Exum: you can trade him for Stauskas :)

Exum played 25 minutes tonight took 2 shots, 0 points. Its like he wasnt even there.

Rob Welch1/27/2015 01:43:00 AM
Share
Rob Welch
I have been a die hard Celtics fan since birth, even though I don't really want to talk about the ML Carr/Rick Pitino Eras but I will if necessary.
Newer
Older