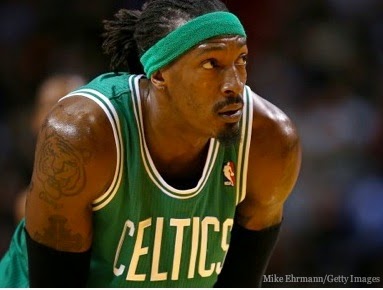 The Boston Celtics proved to be most productive in the fourth quarter last night, especially if you are Gerald Wallace. The Celtics finished their loss to the Golden State Warriors with a quarter high 34 points, including 3 consecutive field goals from Wallace. In typical "quality" soundbyte fashion, Wallace put an entertaining spin on his contribution.


There was no question, Wallace made an impact for the still short-handed Celtics. Postgame, he commented on his efficient play (3/3 FG in 12 minutes) minus the comedic element.

As reported by A. Sherrod Blakely of CSNNE, Gerald said:

I felt pretty good. I was more comfortable in the second half than I was in the first half; my rhythm was there. Just not being in the rotation, not playing for so long when you get in the first half trying to feel yourself into the game.


Coach Brad Stevens expressed confidence in and high praise for the league veteran and his performance against Golden State.

Gerald knows everything inside and out, so I feel comfortable with him playing that spot. He did a good job in that short amount of time, especially in and around the rim (with three field goals, more than he has had the rest of the season). He's comfortable in there, I think, and we needed it.


Goes without saying, it was fun seeing "last night's" Gerald Wallace. I imagine he agrees. Next time he's notified of his most recent field goal, here's to hoping its not joke-worthy.