My Top 5 Rajon Rondo Memories - No. 2: "One of the most outstanding playoff performances in NBA history" 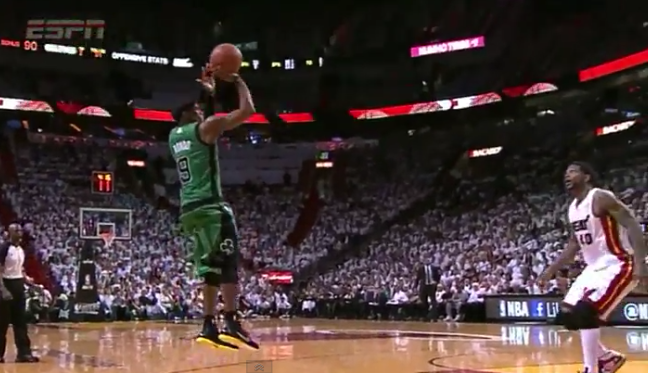 Rajon Rondo's final stat line on this night: A career-high 44 points, eight rebounds, 10 assists and three steals.  I'm not even exaggerating when I say that on this particular evening Rondo looked like one of the best jumpshooters in the NBA.

Rondo played all 53 minutes and he scored all 12 of Boston's points in overtime.

In the history of the league, no player had ever before posted at least 44 points, eight rebounds and 10 assists in a playoff game. 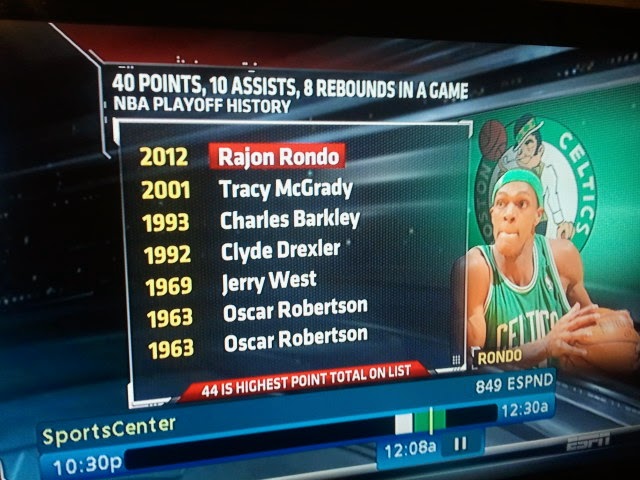 As soon as it was over I remember trying to put what I'd just seen from Rondo in perspective.  And then I got a text from my dad that said "That performance tonight by Rondo may have been the most amazing sports effort I have ever seen. Wow."  The fact that it somehow didn't result in a Celtics victory was just sad.

Despite the agonizing defeat, Boston rallied to win the next three games of the series before succumbing to the Heat in seven.


No. 3: "The diving hustle-play unlike any other"