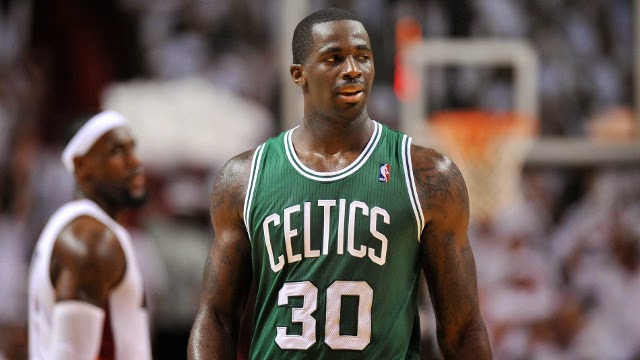 I have a weird relationship with Brandon Bass. I feel like an underachieving ex-boyfriend. I appreciate who he is, and what he does, but now, I want out. After 3+ years it's time for us to move on. And trust me, it's definitely not him, it's me.

For the life of me, I don't understand why a contending team hasn't traded for him. And trust me when I say this, I've spent an embarrassing amount of time thinking about that.

What more could you ask out of a third big? He can defend the four, the five and even occasionally the small forward position. Offensively he's an elite midrange jump shooter, who can finish at the rim. And not only is he playoff tested (his team has reached the playoffs in six of his eight full seasons), for brief stints he's shown the ability to swing the outcome of a game.

He's available for table scraps. As recently as last year's trade deadline, Bass was offered to the Golden State Warriors for reportedly nothing more than a trade exception. Yet he remains with the Boston Celtics. A young, rebuilding team who doesn't have a real need for him. And if yesterday's game was any indication, he's already seen Brandan Wright jump ahead of him in Brad Stevens' rotation (Bass played just 5 minutes, compared to Wright's 13).

It's hit the point where you just have to feel for the guy. He's a hard working guy, who has done nothing but keep to himself despite seeing lesser players get more minutes than him in a contract year. Given every reason to gripe, Bass has, at the very least publicly, kept to himself. In this day and age, that's pretty admirable.

For that, I just want what's best for him. I want a team whose capable of making a run in the playoffs to acquire him, and I don't care what we get in return (if anything). I just want him to go to a contending team and for them to give him the opportunity to remind the league how valuable of a role player he really is. To do right by a guy who deserves it.

*Breaks down sobbing* I just want to see him happy again.