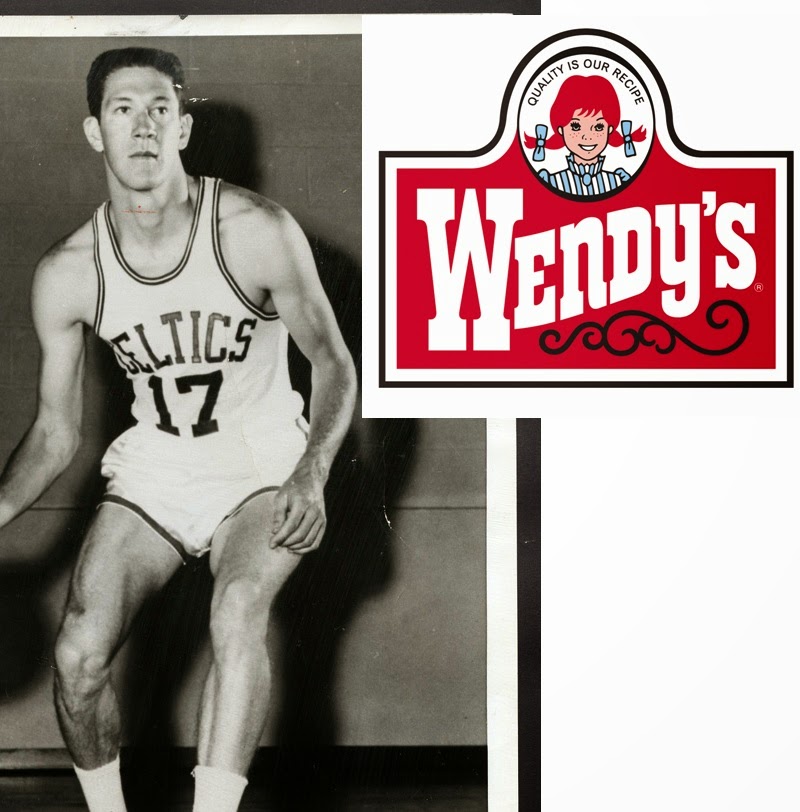 As an awestruck kid, I recall walking into the Wendy's in Yonkers, NY.  Two large black and white photographs (I'm talking bigger than 10 feet in length each) adorned the wall near the front next to the counter.  I want to say one was of him battling the Knicks.  I had heard that John had bought a few restaurants but didn't know the history of it.  Until today.  From a 1982 New York Times article:

"A young girl named Wendy baby-sat for my children," John explained, "and it turned out that her father was Dave Thomas, the chairman of the board of the Wendy's hamburger restaurant chain. Mr. Havlicek had known Mr. Thomas before, and would meet him now and then. One day they began chatting about business, and Mr. Thomas told Mr. Havlicek that his restaurant franchises might prove to be a profitable venture for him. "After speaking with him, I became interested in starting my own restaurant," Mr. Havlicek said.


John's business partner was Larry Fleisher who was sort of Billy Hunter before Billy Hunter, acting as the general counsel for the NBA Players' Association.  He was also a resident of Chappequa, NY which is located in upper Westchester County.  Well the connection helped and John actually opened 3 restaurants in the county: one in Elmsford, Port Chester and the one I mentioned going to in Yonkers.

What a fascinating story that it was actually Wendy, Dave Thomas' daughter, that babysat for John.  I haven't been to that Wendy's in quite some time and was wondering if the pictures are still there.  But alas it looks like they're probably not!  According to this 2014 Forbes article, John sold the restaurants recently after owning them for more than 3 decades.

I remember this fact persuading me to want to eat at Wendys instead of McDonalds or Burger King. (However I can't lie: I loved Roy Rogers.  And that was before he even became a Celtic).

All I know is John Havlicek used to own Wendy's restaurants.  And now, you know that too.